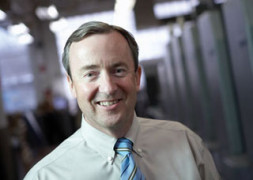 After more than 90 years in business as an offset and digital print provider specializing in publisher reprints and other marketing materials, Michigan City, Ind.-based Foster Printing Service is closing its doors effective May 31. The company's assets have been acquired by 87-year-old Indiana printing and marketing solutions provider Mossberg & Co., which currently operates two production facilities in South Bend, Ind. No information was released about the financial terms of the transaction.

“I am thrilled at the prospect of bringing the Foster legacy forward," says James Hillman, president and CEO of the privately held, family owned business. "Their 94-year commitment to customer quality will be supported well by Mossberg & Co.” Mossberg will continue to service Foster’s existing commercial printing customers, and will also introduce expanded production capabilities like flexible packaging and folding cartons, flexographic label printing, as well as distribution and fulfillment services.

(Foster Printing Service was a perennial entrant and multiple-time winner in the annual Gold Ink Awards excellence in printing competition, which encompasses more than 50 categories. With the deadline for the 2017 Gold Ink entries fast looming, click here for more information on how to enter.)

According to a statement released by Mossberg & Co., the strategic acquisition of Foster Printing’s business assets supports its long-term plans for growth in new and existing print markets, with a focus on growing sheetfed printing output. Mossberg already operates three 40˝ sheetfed offset presses, including a 12-color perfector and a six-color model capable of printing up to 30-pt. board stock, as well as digital printing gear for short-run and variable data jobs.

Mossberg & Co. was ranked Number 222 on the most recent Printing Impressions 400 list of the largest printers in the U.S. and Canada as ranked by annual sales volume. It reported $22.7 million in annual sales for its most recently completed fiscal year, a 5% increase over the previous year. Click here to view the entire 2016 Printing Impressions 400 rankings for the most comprehensive list available in the industry.

Phone calls made to both Mossberg & Co. and Foster Printing representatives in order to seek more details about the transaction, including potential layoffs for Foster workers and whether any equipment from Foster would be relocated to Mossberg, were not returned in time to be included in this post.