Migration in Commercial Printing from Offset and Toner to Inkjet: Fasten Your Seat Belts 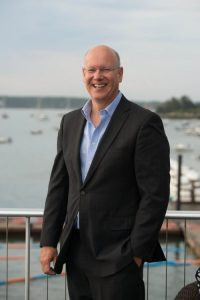 Marco Boer (I.T. Strategies) is not known for mincing his words, and he didn’t mince a syllable in a Virtual Inkjet Summit briefing on what’s driving the general commercial segment’s migration from toner and offset lithography to production inkjet.

He said that given the “disruption” likely to roil the commercial printing market during the next several years, “frankly, if you had a choice, it probably would be far easier to start a whole new factory from scratch, built just the way you need to run a modern, all-digital printing business model” than to continue as an offset-only operation.

But, he acknowledged that for most printing businesses, this won’t be realistic. “You’ve got to make do with what you’ve got,” he said, stressing that making do now means including production inkjet printing in a shop’s mix of capabilities.

In a video conversation with Printing Impressions Editor-in-Chief Mark Michelson, Boer outlined a near future in which inkjet will come to the fore as a production method while other processes lose ground. He described the commercial print market as “the last bastion where inkjet is really starting to take hold” after its adoption in other segments.

The “great breakthrough” for inkjet, Boer explained, is the product of steady advances in print quality, most of them occurring within the past 18 months. Now able to print on coated as well as uncoated stocks, inkjet “more or less looks like offset at this point,” he said, adding that now, some people even prefer it to toner. Another edge for inkjet is that it can produce in higher volumes than toner, closing the gap between the upper limit of EP presses and standard offset run lengths.

Boer recognized that offset remains “by far” the leading process for commercial print pages, excluding direct mail. Its outlook, however, is troubled, with a forecasted 40% drop in demand for printed marketing collateral by 2024.

If this comes to pass, Boer challenged, “do you want to be in offset printing? Probably not.” Lithography is still a viable business, but also one looking at “an incredible decline in demand.” He said the conclusion about offset this leads to is that “if you want to be nicely profitable, it’s probably not the space to be in.”

And while color toner still has a broad base of users, it has a ceiling as well. The problem with the process, according to Boer, “is that it’s just not productive enough.” A light-duty color EP press reaches the limit of its reliability at about 100,000 pages per month; for the most robust devices, the cutoff is between 500,000 and 1 million monthly pages. A shop needing to print more digital pages than that would have no choice but to buy a second toner press, Boer observed.

This prompted his forecast of a negative 6% CAGR for toner from 2019 to 2024, during which period inkjet's CAGR would increase by 13%.  Everything considered, Boer said, “the real growth area, and in fact the only growth area left, is production inkjet. It is the most flexible technology out there.”

A cut-sheet inkjet press, Boer explained, can handle jobs from 500 sheets all the way to 1 million sheets per job. A monthly volume of 5 million pages won’t strain it: “The more you run it, the more reliable it becomes.” Unlike most toner presses, cut-sheet inkjet platforms aren’t limited to B3 sheet sizes. Some can also print on 9-pt. stocks, making them suitable for short runs of folding cartons.

When a shop has the flexibility of inkjet on its side, Boer noted, “you can take the job without having to say no,” regardless of its run length.

Michelson asked him how commercial printers can make a smooth transition to inkjet. Boer’s answer was blunt. “I don’t think there’s a smooth way to do this,” he said. The most successful inkjet adopters, according to Boer, simply “pulled the plug” on their conventional operations and went all digital, outsourcing their high-volume, low-margin work to offset trade shops.

He contended that there are only two ways to sell digital printing. “You sell it either on the basis that it’s going to save your customers money, it’s more convenient and more timely, and it’s going to end up costing them less. Or, it’s going to bring innovation.”

“You’re either going to adopt inkjet to save money, or you’re going to adopt it to do something totally different,” Boer emphasized. Doing things differently will also drive change in the customer base, since the printer – now acting as a provider of consultation and advice as well as print – will no longer be seen merely as a “contract manufacturer” working strictly on price.

But embracing innovation and change won’t be easy, cautioned Boer, especially when it comes to the sales force. Some will rise to the challenge with excitement, but more will struggle. Expect a “nightmare” when retraining salespeople who may be good at what they do “within the legacy context of their business models,” but who aren’t as good within new ones, Boer advised.

This is just one element of the turbulence that Boer sees ahead for commercial printers. Their industry is now moving, he said, “from what used to be a fairly consistent business to a very disruptive business model.” As it takes hold, predictable press schedules will turn into last-minute orders with last-minute volume changes. Unreasonable delivery expectations will replace reasonable ones. Printers who try to cope with offset alone will find it “too rooted in its inflexibility” to keep up with the new demands of the business, according to Boer.

He explained that the commercial printing business today is all about relevancy in communication, which means more than just being able to produce 1:1 messaging. Equally relevant to print buyers are timely – meaning very quick – delivery, production in desired volumes, and printing on economical stocks.

Printers who adopt inkjet will get the solution they need to check these boxes, Boer concluded. “If I can do this,” he said, “I’m going to win all day long.”