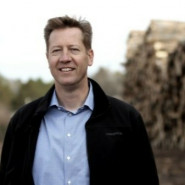 WHEELING, Ill. - March 8, 2019 - Midland Paper, Packaging & Supplies, an independently-owned fine paper and packaging distributors, announced that it has appointed David Goldschmidt as president of its Midland National division. Prior to this Goldschmidt was a senior VP of Midland National. Goldschmidt will report to Jim O’Toole, who previously held the position of president, Midland National, and now has been promoted to corporate executive VP, Publishing and Consulting.

“Midland National is Midland’s largest division, and is a critically important part of Midland’s business portfolio. Given Dave’s success as an integral part of Midland National’s leadership team over the years, this transition should be seamless”, commented O’Toole. “Dave is an exceptional leader, and has earned the respect of his fellow employees, customers, and suppliers. He will undoubtedly be successful in this new leadership role, just as he has been successful in everything he has done at Midland”.

“At Midland National, we are extremely optimistic about the future of the printing market. We have an experienced, client-focused team in place, along with proven, long-standing supplier relationships. We continue to evolve with forward-thinking strategies to increase the value we provide our clients. I look forward to continuing to build on National’s success in the market, and I feel privileged and grateful for the opportunity to work with such quality people”, said Goldschmidt.

END_OF_DOCUMENT_TOKEN_TO_BE_REPLACED
Happening Today
The Powerful Case for US Book Manufacturing