The last time we saw a seller’s market in the printing industry, Bill Clinton was the president and his veep, Al Gore, was fresh off inventing the Internet. OK, so maybe we’re giving in to hyperbole, and being a bit cheeky in the process. But there’s a serious thought hidden just below the surface.

Those who were active in the industry during the mid-late 1990s recall what an exciting and profitable environment the merger and acquisition theater offered. It took nearly 20 years for similar conditions to exist—yes, yes, we know 2005-2007 wasn’t all that bad, either—but there’s one certainty that is as predictable as the next inappropriate Donald Trump remark.

The market runs in cycles.

We’re flush with the days of wine, roses and high EBITDA multiples. The recession of 2008-2009 shook all of the bad fruit out of the printing tree, and now companies are enjoying sound economic performances, investing in new technology and capital equipment. Strong balance sheets abound, and even private equity money is not just a package printing phenomenon.

Those of you who read Printing Industries of America chief economist Ronnie Davis’ economic forecast in our December issue will recall that he believes economic conditions could remain stable, and not send us into a downturn, because we haven’t enjoyed a traditional recovery from the last recession. Consumer spending and business spending haven’t gone through the roof—traits from a traditional recovery—thus we could well continue on a slow-but-steady pace.

But if this is truly the best seller’s market in years, and if you harbor any fantasies that revolve around converting your lifetime investment into a well-deserved, comfortable retirement, now is the time to enter the M&A fray.

"It makes us giddy,” admits Peter Schaefer, a principal with New Direction Partners (NDP) of Valley Forge, Pennsylvania, of the economic conditions that exist today. “We’re not back to the late ’90s, when we saw crazy multiples of seven times or more for generic printers. But for the first time since then, it’s more of a seller’s market. 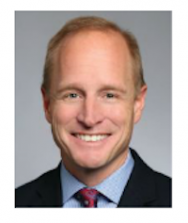 “It’s still a good time to be a buyer because there are good opportunities out there and chances for tuck-ins. Growth by acquisition is still often easier than organic growth. But it’s a really great time for sellers because of interest from private equity and strategic buyers.”

Schaefer is seeing multiples starting in the 3.5-4x range, a number that tends to climb as variables, such as specialties, critical mass, profitability and growth trends, are factored in. Large, profitable and highly specialized companies are fetching in excess of 6x and above.

There really hasn’t been any deviation in the measuring sticks for the most attractive firms. Specialization is preferable, and printers that boast variable data digital printing, anything packaging (labels, flexible packaging), fulfillment, inkjet book printing, wide-format digital capabilities (point-of-purchase is hot) and Web-to-print (W2P) workflows, to name a few, are desirable. Advanced forms of W2P, where the printers develop full-blown programs for their clients, is a crowd pleaser.

“I like to call it proprietary IT,” Schaefer remarks. “Buyers love it because it’s taken away the price commoditization and makes pricing much less important when you control the data and you have proprietary IT.”

There is evidence to suggest that transactional activity has slowed in recent months. Mark Hahn, managing director of Mountain Lakes, New Jersey-based Graphic Arts Advisors—a boutique strategic financial advisory and consulting firm for the printing and packaging space—has tracked 56 publicly-reported deals during the past 12 months. Since May of 2015, he says, activity has slowed considerably—plant closures and bankruptcy reporting are down as well.

With the last recession well out of sight in the rearview mirror, the downward pressures have alleviated to an extent, he contends. Printers, emboldened by more positive economic conditions and their solid performances, have cultivated expectation levels of their enterprise value that exceed buyer expectations.

The label/packaging set is setting fire to the EBITDA range, seeking multiples in excess of 9x, with buyers angling for multiples in the 6x to 8x range. Private equity funds prefer packaging, Hahn cautions, though he’s seen interest in commercial firms with revenues in excess of $100 million.

Among desirable vertical specialists on the non-packaging side, Hahn sees strong interest in print providers that cater to pharmaceutical/health care, direct mail, transactional and financial markets. Data security is a common thread among the better performers.

The primary paths to a deal entail either the EBITDA-based transaction or a net asset value-based tuck-in. NDP’s Schaefer points out that there are circumstances in which a company can command more for its book of business as a tuck-in as opposed to, say, 3.5x EBITDA. But larger firms and companies performing extremely well are most likely to go the EBITDA route.

It can be said that no two transactions are alike, and certain variables can dictate that certain other steps be taken. “If a company needs a certified valuation for whatever reason—litigation, divorce, partners putting stock back into the company—then we will recommend an additional analysis using a discounted projected future cash flow valuation model,” Hahn adds. “That’s more rigorous and requires more work. There’s more objective analysis because we’re basing it on projected future cash flows.”

OK, so now you’ve determined that you (a) possess a company that will command attention on the open market and (b) would like to sell-—it’s time to get an evaluation and engage an M&A specialist who can help facilitate a sale. 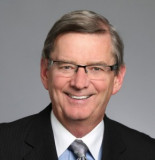 Why is it important to engage a specialist? Paul Reilly, another partner at NDP, points to the ever-changing market conditions.

“One of the more common mistakes that printers make is in doing the estimates themselves,” he says. “It’s a very fluid market, so what your company was worth last year might not be what it’s worth this year.”

The miscalculations of printers on the open market aren’t limited to do-it-yourself evaluations. “Some people assume that although their company is not doing well today, it will perform better in the future, so they should instead value it on ‘tomorrow,’ ” Reilly remarks.

Schaefer adds that some sellers expect to get the potential value of selling unused press capacity. Others incorrectly assume they get to keep the working capital in an EBITDA deal.

“Some people go into the process with unreasonable expectations, thinking their company is worth a lot more than it is,” Reilly remarks. “It doesn’t mean you’re not going to find somebody who pays above market [value] for a company—that does happen. But you can’t go into a process thinking that’s what you’re going to get.”

One misstep sellers take is to view their company from the standpoint of accumulative value, Hahn points out, wanting credit for the time that’s been invested in the business. “Past performance is only an indicator of what the company may do in the future,” he says. “That’s what the buyer is purchasing. They’re factoring in the risks, and those risk factors are all over the gamut.”

Equipment lists can be double-edged swords, and sellers have to strike just the right balance in carrying a certain degree of newer gear without getting mashed under a heavy debt load. A firm in dire need of new equipment can lose as many points as one that has newer technology simply gathering dust.

In the final analysis, it is your client list, not your equipment dossier, that will weigh most favorably in a buyer’s eyes, according to Hahn. But danger may be lurking within your book of business. Customer concentration can be a deal killer, yet is often endemic in the mid-sized commercial market.

“I get why owners follow customers: because they bring them a lot of work,” Hahn remarks. “But that can be a deal killer or certainly a valuation depressor. It introduces so much risk into the transaction, and the buyers discount the cost of that risk. Meanwhile, the seller—who’s enjoying the profit from that nice account—feels that those profits should be part of that evaluation. But they come with a degree of risk.”

So, what can you do to make your business more attractive to buyers? Reilly suggests growing the top and bottom lines, reducing your debt load and timing your sale midway through a technology cycle to ensure that the benefits derived from new gear are making an impact on your P&L statement.

Schaefer and Hahn agree that the best time to sell is when a company is doing well and the financial charts all have happy faces, so to speak. “Buyers are interested in the future, not the past,” Hahn concludes.

“Then again, when everything is going right, it gets harder for a company to [want to] sell. Life is rosy.” PI