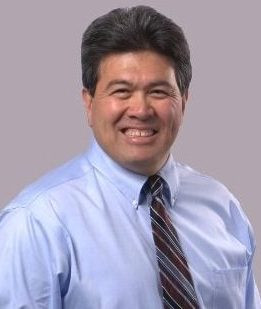 The sudden closure on Monday night of The MATLET Group's Packaging Graphics printing and thermoforming facility in Pawtucket, R.I., appears to mark what may be the final chapter for the primarily sheetfed offset manufacturer of blister cards, folding cartons and other types of consumer packaging; menu printing; and fulfillment services.

Local station WLNE TV/ABC6 reported that some of the 100 workers employed at the 300,000-sq.-ft. plant showed up at work Tuesday morning, only to find police barring them from being able to enter the property. The employees told the television station that they had no advance warning that MATLET Group's headquarters facility would be shut down.

One employee also played an automated message from MATLET Group CEO Gary Stiffler that was reportedly sent to employees at some point the day before. The recorded message said: "We've been seeking refinancing options of our debt and we are working with our current lender. Unfortunately, we have been recently notified that we've lost another significant piece of business. It is with great regret that I must inform you that we are closing the plant and the company, today, October 8th."

This latest chapter follows what has been a gradual decline for The MATLET Group, which employed about 400 employees just two years ago and claimed to be the largest minority-owned commercial printing company in the U.S. It was also a Corporate Plus member of the National Minority Supplier Development Council.

In June 2017, The MATLET Group announced the closure of its 150,000-sq.-ft. Central Florida Press (CFP) commercial printing plant in Orlando, Fla., and relocated the work of its casual dining print manufacturing division from CFP to its Packaging Graphics facility. The Florida plant closure impacted about 145 workers.

“This more robust facility will allow us to provide a higher level of customer support, expanded menu innovations and double our capabilities to meet growing demand among our restaurant clientele,” said Stiffler at the time of the downsizing. The company also indicated that moving the work to the larger Pawtucket location would increase its menu printing capacity by 50% and require a 20% workforce increase in Pawtucket.

MATLET Was Result of a Management-Led Buyout

The MATLET Group was formed in 2005 when Stiffler purchased the facilities from Quebecor World in a management-led buyout.

A call to Nova Marketing by Printing Impressions last evening was answered and a company employee, who asked not to be identified, indicated that Nova was not part of The MATLET Group and was still operating business as usual.

The privately-held MATLET Group was last ranked Number 48 on the 2016 Printing Impressions 400 list of the largest printers in the U.S. and Canada ranked by annual sales volume, reporting most recent fiscal year sales at the time of $101 million, a 6% increase over its previous fiscal year performance. It declined to release its financials in 2017, so did not appear in our most recent rankings (To view the current Printing Impressions 400 list, click here.)

Back in October 2013, The MATLET Group announced it had recapitalized and refinanced its senior and mezzanine indebtedness with then-new lenders Bank of America and Seacoast Capital Partners, combined with an $8.5 million equity investment by Preferred Packaging Partners of Providence, R.I.

Not knowing the Pawtucket plant's exact current employee headcount, it remains unclear whether The MATLET Group fell under the WARN Act labor notification requirement, which mandates that U.S. employers with 100 or more employees provide 60 calendar-day advance notification of plant closing and mass layoffs of employees.