Many Shoes to Fill 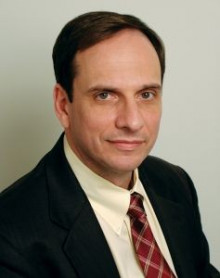 When I interviewed Billy Bogue and his two sons, Steven and Will, for Printing Impression's August cover story, I felt a strong sense of admiration for the elder Bogue. Here’s a man who worked hard since 1983 to build a thriving trade printing business primarily catering to price-sensitive commercial printers on Long Island. But, at the same time, the 60-year-old entrepreneur has also displayed the ability to step back and empower his oldest son to take the leadership reins of the company at such a young age, including decisions about new capital equipment investments, hiring/firing, press scheduling and even determining his father’s Christmas bonus — without standing over and second-guessing him.

With that said, the younger Bogue surely didn’t get a free pass to the corner office at All Color Printers in Deer Park, N.Y.; his rise through the ranks has been well-earned, which led to the confidence that his father has in his decision-making abilities.

Click here to read the full feature article on All Color Printers.

Joining the company at age 18 after realizing college didn’t match his interests, Steven Bogue started at the ground floor in the shrink wrap department before learning how to estimate jobs, schedule the presses and operate virtually every piece of equipment in the shop. He also quickly sought out ways to maximize the company’s workflow and productivity. As the elder Bogue describes, “We grew together more as partners than as father and son.”

All too often we hear of children who lack the interest to continue their family printing business. Sure, printing is not considered a sexy profession, especially for a young person, despite the career opportunities that exist to make a good living and build on a family legacy. But it also makes me wonder what kind of family dynamics exist at some of the privately-held printing companies facing succession issues.

Could it be that there are overbearing — likely well-intentioned — parents, grandparents and other relatives who just can’t let go?

Could they be stifling the desire of their next-generation family members to mature into roles that prepare them to take over one day because they’re second-guessing their every move? Perhaps current leadership at family businesses facing these issues need to peer inward and answer this question honestly.

Granted, this type of family business succession issue may just be one scenario within a much bigger printing industry problem surrounding the lack of young people in general opting for careers in the graphic arts industry. Our industry is caught in a stigma where it’s viewed by millennials as a dying, or at the least, stunted, industry with a bleak future. We know otherwise, but it’s hard to change perceptions.

It’s an ongoing dilemma that should be of grave concern to all of us, with no easy answers on how to solve it. There are noble scholarship fundraising and awareness efforts in place like PGSF, EDSF, GAERF and others but, nonetheless, the void continues to widen.

And we’re facing the problem on multiple fronts. On the one hand, as the graphic arts industry continues to become more data-driven, we need to attract more e-commerce programmers, database and marketing automation experts, app developers, as well as tech-savvy salespeople. On the other end of the spectrum, we also have offset press and other equipment operators and service people aging out of the workforce, with very few well-qualified, younger individuals seeking to replace them.

Unfortunately, this human talent shortage will only intensify going forward. With profit margins as tight as they are, the last thing printers can afford is the need to get into bidding wars to compete for today’s younger, more tech-savvy employees who possess the desired skill sets that print shops increasingly need.

But, perhaps family business owners also need to look more inward, too, by creating challenging, but welcoming, work environments that will attract their children, nieces and nephews, and other relatives to one day earn the right to fill their shoes.

We need more Billy Bogue-type owners who groom their offspring for success and then let them take flight, even if it means allowing them at times to fail, so they can one day excel.