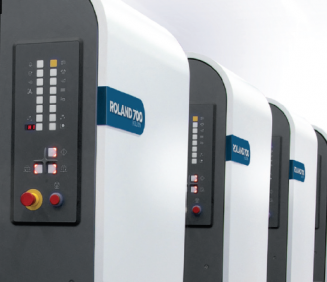 OFFENBACH AM MAIN, Germany - November 28, 2017 -  The evolution of excellence continues with the partnership of ProServ 360° and the Roland 700 Evolution. Optimizing efficiency, it provides press owners with maximum performance, defined cost of ownership and a faster return on investment.

Commenting on the benefits of ProServ 360°, Vincent Tillemans, head of aftermarket, Manroland Sheetfed, said: "Efficiency and 'future proofing' are at the heart of ProServ 360° which adds maximum value to a customers' offering to provide press owners with maximum press performance, defined cost of ownership and a faster return on investment."