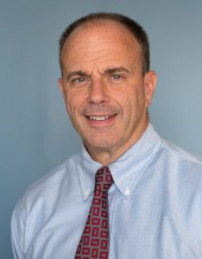 “As we reduce costs, enhance our financial flexibility, and focus on initiatives designed to deepen our customer relationships, I am confident we will further strengthen our position within the industry.” said Thomas J. Quinlan III, LSC Communications’ Chairman, President and Chief Executive Officer. “As a standalone company operating in an evolving industry, we are taking decisive steps to better position the Company for the future.”

Second quarter net sales were $869 million, down $74 million, or 7.7%, from the second quarter of 2018. After adjusting for acquisitions, dispositions, changes in foreign exchange rates and pass-through paper sales, organic net sales decreased 4.2% from the second quarter of 2018. The decrease in organic net sales was largely due to lower volume in Magazines, Catalogs and Logistics, as well as Office Products, partially offset by volume growth in Book and price increases in Office Products.

The Company’s full-year guidance for 2019 has not changed from the guidance provided on July 23, 2019 and is included in the table below:

On August 2, 2019, the Company entered into an amendment to its credit agreement to, among other things, decrease the minimum Interest Coverage Ratio and increase the maximum Consolidated Leverage Ratio, as defined in the agreement, which would have increased the net available liquidity under the revolving credit facility as of June 30, 2019 notwithstanding the reduction in the revolving credit facility aggregate principal amount from $400 million to $300 million, which was also effected through the amendment.

The amendment also removed the general allowance to pay annual dividends up to $50 million, as well as other changes that generally further restrict the Company’s ability to incur additional indebtedness, create liens and make investments and acquisitions. The maturity date of the revolving credit facility remains September 30, 2021, and the outstanding principal amount, required amortization payments and maturity date of the term loan facility remains the same. Additional details regarding the credit agreement amendment can be found in the current report on Form 8-K filed by the Company on August 5, 2019.

The Company recently announced the planned closure of its production facility in Torrance, Calif. The Company has entered into an agreement to sell the land and building in Torrance and expects to receive net proceeds of approximately $35 million.