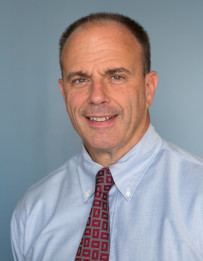 “We are pleased with our third quarter results. As the year has progressed, we have improved our year-over-year earnings trend, and we continue to focus on integrating our recent acquisitions, to realize synergy opportunities and further drive productivity savings,” said Thomas J. Quinlan III, LSC Communications’ chairman and CEO. “In our first full year as a standalone company, we have made significant progress executing our strategy with targeted acquisitions and investments that position LSC to better serve our customers with enhanced capabilities and technology and improved geographic reach. As we approach the end of the year, we are updating our full year guidance to reflect the expected impact of the acquisition of Publishers Press, as well as ongoing trends in our business and expect full year non-GAAP adjusted EBITDA to be approximately $340 million.”

Non-GAAP adjusted EBITDA in the third quarter of 2017 was $96 million, or 10.3% of net sales, compared to $101 million, or 10.6% of net sales, in the third quarter of 2016. The decrease in non-GAAP adjusted EBITDA was primarily due to volume declines and price pressure in the Print and Office Products segments as well as product mix within the Print segment, partially offset by ongoing productivity and cost control initiatives and the impact from the acquisitions.

The Company’s updated full-year guidance for 2017, in the table below, is updated for the impact of the acquisition of Publishers Press and ongoing trends in our business: