A New Year of Opportunity for M&A Transactions 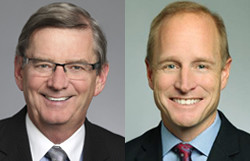 If you’ve been clocking mergers and acquisitions in the printing industry this year, you’ve had plenty to keep you busy. The fast pace of transactions in 2016 tells us that the market is sound and that many looking for opportunities to buy or sell have had little difficulty in locating them. We think 2017 should be another propitious year for owners who move ahead with their plans before the business climate — as it invariably does — becomes less accommodating to M&A dealmaking.

Behind the high-profile deals announced or coming to full fruition this year is a story of ongoing consolidation and the strength it has given to companies able to take advantage of it. A good example is Taylor Corp.’s acquisition of Standard Register. Although this deal initially struck us as a bit risky, it proved to make nothing but good sense. The companies served a number of the same vertical markets and, by acquiring Standard’s customers in these segments, Taylor broadened its customer base to a greater extent than it would have been able to do by relying on organic growth alone.

Growth by acquisition on a similarly impressive scale was the outcome of WestRock’s purchase of the packaging business once operated by Cenveo. WestRock is itself the product of an earlier merger of two giants: RockTenn and MeadWestvaco. Speaking of giants, there was also RR Donnelley’s self-division into three new operating units, all of which we expect to see pursuing M&A opportunities of their own.

A bit closer to home, we at New Direction Partners handled the sale of Midnight Oil, a world-class marketing firm, to Oak Hill Capital Partners and Imagine! Print Solutions. Oak Hill’s participation in the deal says something significant about the present state of the M&A market for printing and packaging companies.

This is because Oak Hill is a private equity firm — a type of financier that typically showed little interest in the industry until fairly recently. Now, however, private equity firms have considerable amounts of cash that they’re willing to invest in acquiring printing companies, and not just for short-term plays. Of the last five large-scale transactions that New Direction Partners has handled, all but one involved private equity capital. We have other deals in development where private equity’s role should be equally prominent.

It’s a sign of continuing vigor in the dealmaking climate for the printing and packaging industries, and it’s not the only one. The macro indicators are encouraging. The economy is rebounding, although slowly. Interest rates remain at historical lows. The stock market is in good shape. The financing community is robust and, in most cases, it’s easy for qualified borrowers to get loans.

What it all adds up to is a commercial printing sector that is healthier than it has been in years. This means an increasing supply of well-run, profitable companies entering the M&A market as their owners decide that the time has come to pull the trigger on selling. Buyers continue to outnumber sellers, but even so, acquisition-minded firms have plenty of attractive targets to choose from.

Everything is trending in the right direction, but a closer look at the trends reminds us that sooner or later, the picture will change. For one thing, it has been eight years since we last entered a recession — the official period of the one now behind us was December 2007 to June 2009. The recovery has been slow, and technically, we are due for another cyclical downturn at some point in the not too distant future.

Proactive Moves Before Next Downturn
Business owners understand this. Knowing that good times can turn less than good motivates some of them to sell through what we call “the Cerberus effect.” Having come face to face with the three-headed dog of Hades during the last recession, they don’t want to have to deal with the monster again. Their response — a wise one — is to set an exit strategy in motion now by preparing their businesses for new ownership.

Looking at trends in business valuation and sale pricing, we foresee steady but modest growth in both from now on. Twenty years ago, the prices at which firms sold could spike and dip pretty wildly. Even two years ago, pricing increased dramatically. Prices are still rising, but at a gentler rate. The EBITDA multiples on which price is calculated are holding steady as well, at about the same levels where they were at the beginning of the year. It’s a healthier balance for the industry than price swings, but it also tells sellers that holding out for numbers bigger than the ones they currently can get probably is not going to be realistic.

And that brings us to our year-end advice. Barring calamity, the industry should continue to do well in 2017 and see M&A activity on par with what it experienced this year. Among smaller companies, there’s still plenty of room for acquisitions by tuck-in: transferring production from the selling firm to the buying firm with a payout to the seller over time.

While we would refrain from saying that the opportunities are as good as they are ever going to get, we don’t hesitate to tell those who have made a decision to sell that acting on it now is strongly to their advantage. A sale takes time to structure and execute, and the longer the beginning of the process is put off, the more chance there is of something happening to block or even kill the deal.

For buyers, the urgency should come from knowing that in flat or contracting markets for many kinds of print, finding new customers and increasing share of existing ones is becoming increasingly difficult. Fortunately, growing organically isn’t the only way to get bigger. For today’s ambitious firms, a well-timed acquisition is the strategic route to the next level of business performance.

Consider your options, consult with your stakeholders, get expert professional advice and proceed with confidence. As 2016 was, 2017 should be a year to celebrate for buyers and sellers with the determination to make the most of what it has to offer them.

About the Authors
Paul Reilly and Peter Schaefer are partners in New Direction Partners (NDP), the leading provider of advisory services for printing and packaging firms seeking growth and opportunity through mergers and acquisitions. NDP assists its clients by giving them expert guidance and peace of mind at every stage of the process of buying or selling a printing or packaging company. Services include representing selling shareholders; acquisition searches; valuation; capital formation and financing; and strategic planning. NDP’s partners have participated in more than 300 mergers and acquisitions since 1979. Collectively they possess over 200 years of industry experience with transactions in aggregate exceeding $2 billion. For information, email info@newdirectionpartners.com

E Paul Reilly Author's page Paul Reilly, partner at New Direction Partners, has been in the industry for over 30 years and for the last eight years has been providing investment banking and financial advisory services for privately held and family-owned businesses. He brings supplier experience as a senior executive at Polychrome, now part of Kodak, a worldwide supplier of printing and packaging supplies. He also brings extensive acquisition experience as CEO of Cenveo, one of the industry most active acquirers.

Peter Schaefer, partner at New Direction Partners, is an experienced dealmaker with more than 25 years of investment banking and valuation experience, 20 of which has been focused exclusively on the printing and packaging industries. He has closed more than one hundred transactions in virtually every segment of the printing and packaging industries. In addition, he has performed hundreds of valuations for ESOPs, estate and gift tax planning and strategic planning purposes. Contact him at (610) 230-0635, ext. 701.