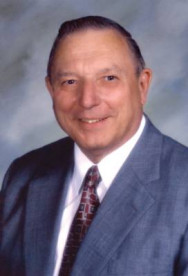 Recognized as a printing and publishing industry analyst with a reputation for being a practical futurist — and a solid track record for correctly identifying technological and market trends early on — William (Bill) C. Lamparter died March 8th at the age of 87 due to heart failure. He is survived by his wife of 61 years, Ann Martyn Lamparter.

Bill Lamparter was the president and principal of the PrintCom Consulting Group based outside of Charlotte, N.C., but his graphic arts industry roots extended far beyond his 35-year career as an industry consultant.

Bill was an industry veteran and noted technologist who operated printing plants for General Electric; conducted pioneering research and participated in the development of new imaging technology (including Xerography) at the Battelle Research Institute in Columbus, Ohio; served in senior management positions with the Graphic Systems Div. of Rockwell International; commercialized inkjet imaging technology for a division of the Mead Corp., which is now Kodak Digital Printing Solutions; and served as chief staff executive and president of the National Association of Printing Leadership (NAPL), the predecessor to the Idealliance.

He was also widely published in the worldwide printing industry trade press, including articles in Printing Impressions, and was known internationally as a market researcher and lecturer on the graphic arts. Bill was also the recipient of numerous printing industry awards, and was a past inductee into the NAPL Soderstrom Society and the PIA Society of Fellows (predecessor to the PIA Ben Franklin Honor Society).

His passing created an outpouring of condolences and tributes from former colleagues and industry dignitaries, both past and present.

"Bill Lamparter is to be celebrated as one of our industry's greatest innovators, spokesmen and leaders," commented Wendell Smith, former chairman and CEO of Baldwin Technology. "His words and ideas are in many of our publications and in industry organizations' minutes and his own writings over many years. To Ann, his family and to all of our industry associates: long remember the man who had knowledge and [printing industry] friends in all parts of the world!"

Harvey Levenson, professor emeritus at Cal Poly, shared similar sentiments, noting, "Bill Lamparter was one of the great advocates for our industry, and a model of what dedication and love for a profession means."

Dennis Mason, of Mason Consulting, pointed to Bill's technical prowess during a long career that spanned numerous technological upheavals. "The printing industry has lost a giant. Bill Lamparter’s perspective — ranging from letterpress to the latest digital — helped guide both suppliers and printers down the ever-changing technological path. He leaves a vacuum that will not be easily filled."

In sharing the sad news of her husband's passing to John Werner — himself a longtime graphic arts professional, vocal industry advocate and former publisher of the "Graphic Communications World" newsletter, known by many as the "Green Sheet" — Bill's wife Ann rejoiced about the happy memories of being by her husband's side as a life and business partner: "We had just recently celebrated our 61st wedding anniversary and had much to be grateful for — a loving and supportive family, good friends, 35 years of working together in the printing industry, and many trips to Chicago and Dusseldorf [to attend numerous Graph Expo, PRINT and drupa trade shows]. It’s been a great life!" she wrote.

In fact, Bill was also the originator of the "Must See 'ems" technology and product recognition program, which he conducted annually for the Graphic Arts Show Co. (GASC) from 1999 through 2011 as a part of Graph Expo and PRINT. "I met Bill Lamparter in his consulting career, well after heading up NAPL," recalls Werner. "One of his key legacies, among many, will be initiating the Must See 'ems. I also have fond memories of him and Ann tirelessly exploring several drupa shows. He was indefatigable in his energetic pursuit of knowledge about all developments in our industry. We have lost a giant in our midst."

Patrick Henry, who was recently named senior editor for the Printing & Packaging Group at NAPCO Media, recalls how he had the privilege to collaborate with Bill on a number of projects. "Bill epitomized the concept of service to the printing industry. The things that he did both as a trade association executive and as an independent consultant always advanced the interests of printers in some significant way. Bill Lamparter made a difference."

For me, personally, Bill's booming voice that could fill a room will long-live as one of my fondest memories about him. But, he didn't exhale just a lot of hot air when he spoke; people listened to what Bill had to say because they admired his industry insight, intellect and keen wit. Just as admirable, to me, was his desire, especially during the latter part of his career, to stay involved and relevant in an industry that everyone knew Bill felt so passionate about. The love and devotion that he and his wife shared was also commendable — and Ann was right by his side the last time I saw them in person as they trudged their way around the massive fairgrounds during drupa in Dusseldorf, Germany, last June.

Bill Lamparter was born in Brooklyn, N.Y., on July 13, 1929, and grew up on Long Island. He received a degree in Science and Education from Springfield College (Mass.) and a Master in Journalism from Boston University.

Aside from his wife Ann, Bill is survived by daughter Ellen and her husband Philip Everett; daughter Susan; son David and his wife Sharon; granddaughter Heather and her husband David Collins; and grandson Nicholas.

A private burial service will be held in the Providence Presbyterian Church Cemetery on March 14th. In lieu of flowers, the family requests donations be made in Bill Lamparter’s name to Hospice and Palliative Care, Charlotte Region, or to Collie Rescue of the Carolinas (www.collierescue.net). Online condolences can also be left at www.heritagecares.com