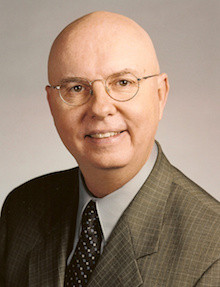 William "Kip" Smythe Jr., 67, died June 9 at his home in Cave Creek, Ariz., following a valiant, six-year battle with esophageal cancer. A 1978 graduate with an MBA from the Robert H. Smith School of Business at the University of Maryland, Kip joined NPES in 1980 in his early 30s as director of member services. He remained at the association for 33 years, serving in various executive capacities, before officially retiring in 2013 and moving to a home that Kip and his wife had built in Arizona.

During his NPES career, Kip — sometimes called the Kipster or the Kipinator as terms of endearment by family members and those industry associates who were close to him  — held the the position as vice president of global programs at NPES when he retired, overseeing the trade association's market data program, market research, international outreach services and programs, as well as safety and international technical standards. He also served as executive secretary of the International Color Consortium (ICC) for 20 years, and was president of the PRIMIR research organization for more than eight years. In 2013, Kip received the Meritorious Service Award from ANSI and was inducted into the NAPL Soderstrom Society in 1995.

A tribute appearing in the NPES newsletter when Kip retired in 2013, noted, "NPES owes enormous thanks and gratitude to Kip for his dedication and commitment to our members and our industry. His knowledge of our industry is tremendous. His quiet, unassuming, often dry humor and wit cannot be replaced. As a teacher and mentor, his folksy, charming manner — and let’s not forget that sharp intellect — has encouraged and supported many of us in our careers."

Gerald "Gerry" Nathe, retired chairman of Baldwin Technology and a past NPES chairman, echoes what appeared in the newsletter. "I admired and respected Kip's domestic and international work at NPES in the fields of market research and standards. His ability to develop a good database, perform a detailed analysis, consider the marketing and technology implications on printing industry trends and standards, and then disseminate his insight to the printing industry, was of importance to the operations and strategies of many industry suppliers, printers and publishers. Kip was a well-liked, dedicated, thorough, competent, and a respected presence at numerous working groups, meetings, seminars and conferences over the years."

Regis Delmontagne, longtime former NPES president, worked closely with Kip for several years. "Kip was the first full-time professional staff member that I hired in 1980 and it proved to be a very smart decision for Kip, me, NPES and the worldwide printing community," Delmontagne recalls. "Kip took a fledging statistics and standards program and developed it into an example of what an association can offer its members. He also expanded the value of these programs around the globe via the ICC and PRIMIR. He and I shared a common belief that we could assist our members and be a vehicle for change in the massive restructuring of the industry we both loved.

"We watched our families grow, we shared the loss of (September 11th) 2001 during our Chicago stay at PRINT 01, and the successes of many of the activities we created."

Thayer Long, current NPES president, was also highly complimentary of Kip's industry service. "Kip left an indelible mark on the industry, but more importantly, on those around him. He is going to be remembered not just for his integrity and respected influence within NPES and on the industry in which he loved and served, but first and foremost for the inspiration and love of his family and colleagues."

Henry "Hank" Brandtjen III, chairman of Brandtjen & Kluge and another past NPES chairman, also recounts Kip's positive impact on NPES, the personal friendship that they forged — and the running joke they shared about Kip being an avid Washington Capitals and University of Maryland Terripans fan, with Hank strongly supporting the Minnesota Wild hockey team.

"One of my fondest memories is concluding a long day of association meetings with some down-time in the hotel bar with Kip. There was a pool table and Kip invited me to join him in games of doubles as he invited other members to rise to the challenge," Brandtjen recalls. "His enthusiasm was infectious and he knew how to get everyone involved. His constant blather about 'Beware The Turtle,' and his willingness to flaunt the Maryland colors made us laugh.

"As a lifelong hockey fan, I would always tell him this was the Wild’s year and Kip would counter with my being wrong, it was the Capitals'.  Every year, as our respective teams would fold it away, we would say no more, only to start it all up again the next season. It makes me sad that he and I never did attend a Wild-Capitals Stanley Cup Finals," Brandtjen adds.

Personally, I had the pleasure, like several others, to remain friends with Kip on Facebook during the past several years. And, certainly not to diminish Kip's long list of industry accomplishments and involvement, what struck me the most was his strong will and courage as he battled his affliction, the matter-of-fact way he chronicled it, and especially the love and devotion that he and his wife Cathy Byrne shared until his passing. (To be honest, I don't know Cathy personally, but I admire her fortitude just as much. So often, when someone battles a life-ending disease, the devotion and selflessness of the caregiver doesn't get fully recognized.)

Hi Guys,
We'll, I've fought the good fight for almost six years and the doctors can't help me anymore. So I'm now in home hospice and have limited time on this planet. I want to thank you for the tremendous support I've got from you.

Let's see how far I can stretch my life out.!

Five days later, Kip's daughter Crystal was more emphatic in describing all of the pain and suffering her father had been through, while he still maintained a positive attitude right up to the end. She posted:

Many of you know that my father, Kip Smythe, has been battling cancer for the last six years, including enduring 10 rounds of chemo, numerous procedures, surgeries, and every trick in the book the doctors have thrown his way. This past week his treatment options have unfortunately run out and he has been transitioned to hospice care here at his home in Arizona. I wish the situation were different, but these are the cards he has been dealt — and in true Dad style he is still tough as nails and keeping his sense of humor. Please keep him in your thoughts, prayers and well wishes, and squeeze your loved ones ... time is precious and fleeting. Love you Kipinator!

Hank Brandtjen also recounts a visit he had a while back with Kip when he was in Arizona. 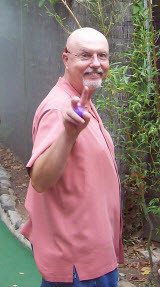 Kip was lovingly called the Kipster or the Kipinator by friends and family.

"A few years ago I detoured away from a family vacation in Arizona to see Kip. He hugged me and we sat out in his back yard discussing [terrapin] turtles, [hockey] pucks and life. When I drove away, I had to pull over to say a prayer for Kip and wipe the tears from my eyes. It was sad to see Kip fighting cancer and I was so hoping he would beat back the impossible.

"Then, though, I started to smile. How lucky I was to know Kip. How blessed I was to have Kip as a friend in my life. When I got back to my family at the hotel, my wife asked me if I was okay. I said I was and that my hope was to find the strength within me to be more like Kip."

Well said, Hank. We all wish we could be more like Kip!

I received out to several industry professionals who knew Kip well earlier today for input for this post, but had not received their responses by the time it was published. I would be most appreciative to anyone who takes the time to post here how William "Kip" Smythe touched their lives in some way.