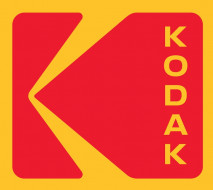 “This is a pragmatic decision given the improvements in the business and the offers received,” said Jeff Clarke, Kodak CEO. “Prosper performed well in 2016 with a 40 percent increase in annuity sales for the full year. We expect our Enterprise Inkjet Systems Division (EISD) to be profitable this year, including our next-generation UltraStream investment.”

Kodak will continue to invest in its UltraStream program and has entered into letters of intent with partners which will create new applications that drive market demand for the technology. Kodak will begin delivering UltraStream evaluation kits to 17 companies, including Fuji Kikai, GOSS China, Matti, Mitsubishi Heavy Industries Printing & Packaging Machinery (MHI-PPM) and Uteco, to explore the integration of UltraStream into their future printing solutions. Kodak expects products built on UltraStream technology to go to market in 2019.

“Kodak will continue to evaluate and act on opportunities to improve shareholder value through acquisitions, partnerships, and sales of businesses within its portfolio,” adds Clarke.

David Bullwinkle, Kodak CFO, also notes, "The sale process for Prosper which we conducted over the past year was robust. We hired Sagent Advisors, which solicited interest from global organizations. Strong interest in the business and technology existed throughout the process. While we had multiple offers, the range of consideration did not reflect the value of the business today.”

Kodak will recast financial results to reclassify Prosper into continuing operations of the company within the Enterprise Inkjet Systems Division. Kodak has been accounting for Prosper in discontinued operations as an asset available for sale and will provide an update of this reclassification on its next quarterly earnings call. 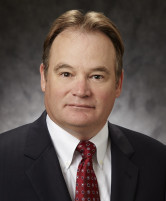 Kodak also announced that Randy Vandagriff, who has played an integral role in the development of Kodak’s UltraStream technology and Kodak’s digital print business since 2004, will become president of the Enterprise Inkjet Systems Division effective May 1, 2017.

"It’s an exciting time to continue driving Kodak’s inkjet business forward, as UltraStream Technology will move production inkjet into the mainstream of commercial printing, packaging, labels and home décor," says Vandagriff, commenting on his new role. "I look forward to working closely with our Prosper press and head customers going forward, as well as OEMs in the coming months and years to bring UltraStream technology to market.”

Vandagriff will replace Philip Cullimore who is leaving Kodak to take a career sabbatical.

“It’s a pleasure to welcome Randy to this new role. As a tenured 35-year innovator in inkjet, Randy will help us accelerate market penetration of UltraStream technologies into new high growth markets with our OEMs,” notes Clarke. "Philip has had a strong track record of improving each of the businesses he has managed at Kodak. We have seen this again in bringing our fast-growing inkjet business to profitability while continuing growth in our best-in-class Packaging business. This is an opportunity for him to pursue his goal of running a business headquartered near his European base.”

Kodak also announced a revision to its reporting structure. The Micro 3D Printing business within the Micro 3D Printing and Packaging division (MPPD) has been moved into a new division named Advanced Materials and 3D Printing Technology (AM3D), which also includes the operations of the current Intellectual Property Solutions Division. The new AM3D division is being led by Terry Taber, Kodak chief technical officer, as president. The Flexographic Packaging business, formerly part of MPPD, is being reported as a dedicated division. The Flexographic Packaging Division is led by Chris Payne, as president. These changes will be reflected in Kodak’s quarterly report on Form 10-Q for the first quarter of 2017.