Kodak Completes Sale of its Flexographic Packaging Division to Montagu 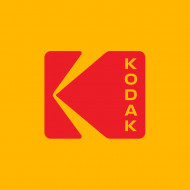 Eastman Kodak Company and Montagu Private Equity LLP announced the completion of the sale of Kodak’s Flexographic Packaging Division (FPD). Now part of Montagu’s portfolio, the division operates as a standalone company known as Miraclon. As previously announced, Kodak’s flexographic leadership team has transitioned as part of the deal and will continue to directly manage this business.

Proceeds at close were approximately $320 million, which included the gross purchase price of $340 million less agreed indebtedness, other items, and delayed proceeds related to a deferred close entity.

Over the past five years, FPD has grown and thrived within Kodak and become a significant player in the package printing industry.

“Closing this sale was a priority for Kodak, and I’m proud we were able to execute on this plan and leverage a homegrown asset,” said Jim Continenza, Executive Chairman of Kodak. “This is one of many steps we are taking to increase our financial stability and focus on generating cash for our shareholders.”

Kodak remains committed to the print industry and delivering products and services that meet the evolving needs of printers. Following this transaction, Kodak will continue to focus on the demonstrated growth areas of SONORA environmental plates, enterprise inkjet, workflow software and brand licensing. The Company is well positioned for the future by leveraging these growth engines and continuing to maximize value in commercial printing, film and advanced materials.