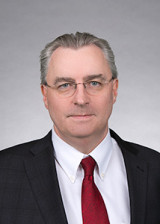 O’Grady will replace Brad Kruchten who is retiring after 36 years with Kodak. “Brad has been an important part of our company for many years, and I thank him for his tremendous commitment to Kodak and outstanding accomplishments,” said Jeff Clarke, CEO Kodak. “John O’Grady is very well positioned to lead the Print Systems Division. His industry experience is unparalleled.” 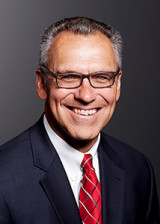 Commenting on his new role O’Grady said, “It’s difficult to follow a leader like Brad Kruchten, but he’s built an all-star team and I look forward to working with them as we continue to deliver world-class commercial printing solutions.  With new products in our portfolio like our SONORA X plates and the NEXFINITY electrophotographic press, we are poised to thrive globally.”

Kruchten added “Throughout my career at Kodak, I’ve had the pleasure of working with scores of fantastic, talented people. We’ve accomplished so much together, and I wish my Kodak family the very best moving forward.”

Clarke will lead the Consumer and Film Division on an interim basis until a successor is appointed, working closely with O’Grady during the transition.