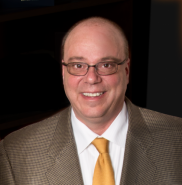 For Edward P. “Eddie” Kelley, getting inducted into the 2018 Printing Impressions/RIT Printing Industry Hall of Fame was a dream come true. He learned of the honor just a couple of weeks before he passed away from cancer, this past May, at the much-too-young age of 53. Kelley was president of Kirkwood Printing, but his title didn’t even begin to reflect the impact he had on those who knew him.

A fourth-generation printer, Kelley was born to Charles and Catherine Canzano in 1964, and began working for the Canzano family business, Acme Printing in Wilmington, Mass., following graduation from vocational school. His career started out in prepress, but he moved into sales following the death of his father, and that is where his gifts emerged. A born storyteller, he was extremely successful at sales, forging close relationships with customers and vendors, as well as with fellow employees.

“Eddie’s father died when he was 22; that was a big turning point for him,” recalls Robert Coppinger, CEO of Wilmington, Mass.-based Kirkwood and a good friend. “It forced him to grow up and get serious; shortly afterward, he moved into sales. Getting into sales transformed Eddie. He was a natural, and people were drawn to him. Eddie knew every aspect of the business, plus he had a big personality. He excelled at it.”

In 2004, Kelley, Coppinger and a third partner, Will Winship — all sales executives with Quebecor World Color, which had inherited Acme Printing in 1999 following an acquisition — purchased Kirkwood Printing, a then-$9 million concern with a stellar reputation. It’s worth noting, especially if you are a die-hard Boston Red Sox fan like Kelley, that the purchase was finalized on October 27, 2004, the day the curse of the Bambino was lifted with the baseball team’s win over the St. Louis Cardinals for the World Series championship.

“It was a pretty good omen for us,” notes Coppinger. Kelley was willing to take risks, he adds, believing that without risks, success doesn’t come into play.

Kelley took over the manufacturing arm of the business, transforming the physical plant in a short period of time into a word-class, state-of-the-art facility. “This was single-handedly accomplished by Eddie,” says Coppinger. “He brought in all new equipment and refurbished the entire facility to make it aesthetically pleasing and appropriate for all of the major corporations and high-end brands that are now our clients.”

One year after the three executives purchased the business, Kirkwood won the 2005 Sappi “International Printer of the Year” Award, the first of many national and international awards garnered by the company.

Kelley helped guide Kirkwood to become a major player in the printing industry, generating revenues of $61 million in 2017, and earning a prominent spot on the Printing
Impressions 400, coming in at No. 82.

That growth was in large part the result of a well-thought-out strategy, which included the establishment of a direct mail division in 2007, and later acquisitions of a Massachusetts digital printing firm and a northern New Jersey shop to bolster its New York metro area presence. While commercial work, digital printing and direct mail have remained the shop’s services mainstay, Kirkwood also offers data services, grand-format digital printing, interactive marketing, media planning and placement,
Web-to-print, fundraising, kitting and distribution.

“I would like to be able to sum up Eddie Kelley in a few sentences, but that would be impossible,” admits Coppinger. “I can say he was my business partner and my best friend, but he was so much more than that. Eddie was one of the most extraordinary men that I have ever known. He possessed so many talents, in so many areas, without which Kirkwood’s success would have been impossible.

“His hard work and vision, particularly as they relate to our facility and manufacturing platform, were indispensable, but that doesn’t scratch the surface,” he adds. “His humanity was his greatest quality — his heart, his compassion and generosity were unsurpassed. Eddie was a great man, and will be missed by all who had the pleasure of knowing him.”

Kelley was a work hard, play hard kind of guy. He made sure to enjoy life. A family man through and through, he loved and adored his family and friends. He was married to Gina M. (Racioppi) Kelley for 27 years and had three sons: Charles, Andrew and Daniel Kelley.

A favorite activity was going to the family home in Wolfeboro, N.H., on Lake Winnipesaukee, where he could spend time on his 30-foot Chris-Craft, taking sunset cruises with his family. 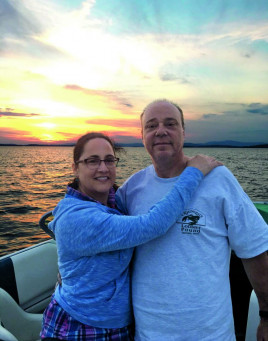 Eddie Kelley loved taking sunset cruises on his boat on Lake Winnipesaukee with his family.

Bermuda was another all-time-favorite vacation spot for Kelley. He began taking trips there when he was a teenager, a tradition that continued with his own family. Bermuda, though, became more than just another vacation spot.

“Being the great salesman that he was, early on in his sales career he brought in the Bermuda Department of Tourism as a client,” explains Coppinger. “We’ve done business with them ever since.”

Kelley was also a die-hard Boston sports fan. He never missed opening day of the Boston Red Sox, and loved attending Celtics games. But it was football and the New England Patriots that brought out the fanatic in him. If the Patriots were in the Super Bowl, he was in attendance with his family and friends, including the last one in Minnesota.

“It didn’t turn out the way we wanted, but we still had a great time,” says Coppinger. It was the last major outing he was able to take part in.

Sunday afternoon get-togethers at the Kelley home to watch football games were legendary. “Every gameday he put out a big spread, and family and friends flocked to the Kelley’s,” Coppinger recalls. It was something he looked forward to every week, and no one wanted to miss it.

“Eddie Kelley was one of the most compassionate people I have ever met in my entire life,” points out Susan Olson, VP of human resources at Kirkwood. “If anyone ever needed anything, he was the first one to step up and help. Eddie was incredibly generous; he never hesitated to help out friends, family or even strangers.”

Remained Loyal to People During His Life

One word that keeps cropping up to describe Eddie Kelley is loyal. “He was loyal to everyone in his life,” says Coppinger. “He always wanted to be viewed as a good man, someone who could have a positive impact on the people he touched. It was something he said many, many times.“

Because of his tremendous empathy, when there were downturns, Olson recalls, having to make adjustments or cuts to the workforce were brutal on him.

Martin Moran, regional VP at Heidelberg USA, knew Kelley well. “Eddie Kelley was a force of nature who touched everyone he met — in both his personal and professional life,” he says.

“He had a genuine passion for print and a firm grasp on the ever-evolving technology needed to be successful in this dynamic industry,” he continues. “With an unwavering respect for his colleagues, Eddie had a true admiration for the craftsmen, technicians and vendors who supported his commitment to excellence. He had a unique gift for challenging everyone to be their best, while also making everyone feel like an invaluable part of his vision.

“I was fortunate to witness Eddie and his partners grow Kirkwood to its respected place in the print community — with Eddie being the cornerstone of that growth. He will be missed by many,” concludes Moran.

“What adjectives come to mind when I think of Eddie Kelley?” poses Robert Brown, Kirkwood Printing sales and marketing manager. “He was strong. Both in business and in his personal life, Eddie was decisive, dependable, firm and fair. He was loyal and generous. He valued family and friends and gave much more than he got.”

Kelley was also brave, according to Brown. “How else would you describe a guy who risked a comfortable life to buy a printing company in 2004?

Kelley was also smart. “He helped to lead Kirkwood to consistent, impressive growth at a time when many printers were struggling just to maintain. He was a successful sales rep who undertook responsibility for operations. I don’t know of too many people who have shown such brilliant talent for those very different roles,” Brown points out.

He was entertaining. “Eddie was a world-class storyteller. His stories would often revolve around some personal misadventure and they were genuinely funny.”

He was passionate. “He loved his wife and sons, his mother and sisters, his family and many friends,” Brown says. “He also loved watches, his Porsche and his getaway on Lake Winnipesauke. He loved the Boston sports scene and attending World Series games and Super Bowls.”

And he loved good food and fine wine. He enjoyed the many things that his hard work and success afforded him, according to Brown.

“He left us too soon and we feel shortchanged. But Eddie wasn’t cheated. He lived his life with gusto.”

Eddie Kelley was one of a kind. He shared his love for life deeply and generously with those around him. His legacy will live on, not only through family and friends, but also through the impact he made on the printing industry.