After filing a lawsuit in February contesting the proposed $6.1 billion acquisition of Xerox by Fujifilm Holdings, Darwin Deason, Xerox’s third largest shareholder, filed another one today in the Supreme Court of the State of New York, New York County. It demands that he and other Xerox shareholders be allowed to nominate a full slate of directors for consideration and election at Xerox’s 2018 Annual Meeting.

Click here to read a joint statement that Carl Icahn and Darwin Deason released in January. 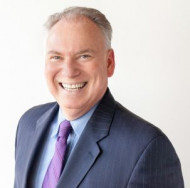 The suit, which names Jeff Jacobson and Xerox’s board of directors, asks that Xerox's advance notice bylaw provision - which requires stockholders who want to nominate persons to the board of directors to notify the company by a specific time - be waived. For the 2018 annual meeting of stockholders, the time to provide advance notice expired on December 11, 2017. The announcement of Fujifilm Holdings' plans to acquire Xerox came more than six weeks after that date.

"These recently revealed facts dramatically change the circumstances of the company’s prospects, and were unknown to Xerox’s stockholders, including plaintiff, prior to the December 11, 2017 advance notice bylaw deadline," states the lawsuit. "These new facts also highlight that Xerox is at a crossroad and the Xerox board faces imminent and critical decisions concerning the future of the company. As such, equity dictates that the stockholders be given an opportunity to determine, in view of these changed circumstances, whether to elect a board that will reevaluate if the proposed change of control transaction with Fuji is in the best interest of Xerox’s stockholders and whether Xerox should take any action with respect to the deal prohibitive crown jewel lock-up, including termination of such lock-up right - a legal right Xerox has at this time, but the current Xerox Board has inexplicably refused to pursue - so that the company can engage in a fair and transparent bidding process."