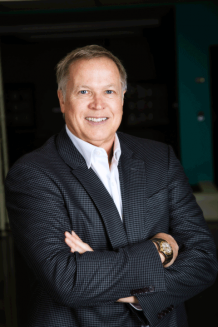 John Roberts Chairman and CEO Michael Keene has been a member of the same industry peer group as James "Jim" Sandstrom, president and CEO of HM Graphics, for more than two decades. So, when the opportunity to acquire select assets of what Keene describes as " a great company" that had run into financial problems presented itself, Keene forged ahead, despite the fact that John Roberts has historically not been an active player on the M&A front.

JR1, a subsidiary of Minneapolis-based The John Roberts Co. group, acquired the largest assets — namely HM Graphics' nearly 100,000-sq.-ft. Milwaukee facility, its receivables and trade name — and will keep the West Hicks Street printing operation open as a viable business. Keene said the vast majority of HM Graphics' less than 100 employees are staying on board, including five of the original eight Sandstrom siblings who still remain active in the 50-year-old business. While HM Graphics' sales had peaked to about $25 million at one point, current revenues had declined to the $17 million to $18 million range, Keene added.

According to the most recent Printing Impressions 400 list of the largest printers in the U.S. and Canada as ranked by annual sales, published in December 2018 (click here to access the complete 2018 PI 400 list), privately-held HM Graphics was ranked No. 213. At the time, it reported most recent fiscal year revenues of $22 million, which comprised 35% direct mail, 15% wide-format digital printing, 15% packaging and 10% general commercial print work.

The John Roberts Co., on the other hand, was ranked No. 108, reporting $49 million in most recent fiscal year sales and 240 employees. Overseen by Keene — a 2008 Printing Impressions/RIT Printing Industry Hall of Fame inductee — the privately held company indicated its revenue mix as being 40% commercial work, 30% direct mail, 20% inserts and other preprints, and 10% catalogs.

Keene told Printing Impressions that one of the main attractions of acquiring HM Graphics was its wide-format and point-of-purchase (POP) printing capabilities. It's a production capability that John Roberts, in the past, had steered clear of due to a business relationship with a large customer. According to HM Graphics' website, the company operates a 126˝ HP Scitex 11000, an HP Scitex FB700 wide-format printer, and a 96˝  Mimaki JFX200-2513 LED-UV flatbed printer. A press release issued by John Roberts indicated that it looks forward to offering all clients expertise in POP opportunities and high-image packaging.

HM Graphics and John Roberts are both members of the Roundtable Alliance, a group of Midwestern printers that collectively negotiates purchases, including consumables such as paper procurement, and pools its combined talents to enable a broader network of print communications services and capabilities. Other Roundtable Alliance members include Reindl Printing, Merrill, Wis.; Spangler Graphics, Kansas City; Mossberg & Co., South Bend, Ind.; and Cedar Graphics, in Hiawatha, Iowa. 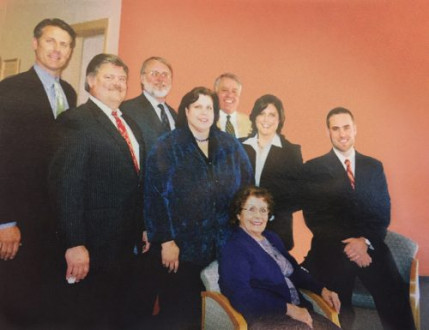 According to a May 2009 article in Printing Impressions, John Sandstrom acquired a small print shop in 1969, and slowly grew it from a $250,000 one- and two-color operation into a four-color sheetfed business, which was generating more than $12 million at the time of his passing in 1990. After his death, his eight children, including Jim Sandstrom, assumed control of the business. They continued to grow the operation, adding new sheetfed offset and digital  printing equipment, and expanding into new service offerings. In 1990, Jay Sandstrom also touted HM Graphics as being a "master of dimension and the unique" by earning a national reputation for creating difficult three-dimensional pieces, many of which contained mechanical component inserts.

With what seems to be a common M&A trend in the printing industry whereby an acquired company in distress is often closed following the transaction to remove industry capacity, it's refreshing to see that HM Graphics and its employee base will remain in operation to pursue the next chapter in its 50-year industry history.