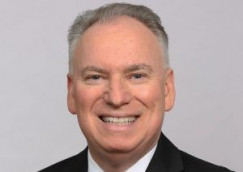 Jeff Jacobson, former CEO at Xerox, is now an executive partner at Siris.

Siris, a private equity firm focused on investing and driving value creation in technology and telecommunications companies, announced that Jeff Jacobson has joined the firm as an Executive Partner. Jacobson most recently served as Chief Executive Officer of Xerox and brings decades of industry leadership and experience to the Siris team. Jacobson will collaborate with the firm’s investment team and Executive Partners to help evaluate potential investment opportunities for Siris as well as help oversee the operations of its portfolio companies.

Throughout his storied, three-decade-long career, Jacobson served in various leadership capacities, including as both President and Chief Operating Officer of Xerox’s Technology Business and President of Xerox’s Global Graphic Communications Operations. Prior to joining Xerox in 2012, Jacobson was the Chairman, President and Chief Executive Officer of Presstek, a leading manufacturer of digital offset printing solutions.

As an Executive Partner at Siris, Jacobson will draw upon his deep experience of building and generating value in industrial printing and technology businesses to help grow Siris’ portfolio companies and identify meaningful investment opportunities in the industrial printing, packaging and adjacent ecosystems.

Frank Baker, Co-Founder of Siris, stated, “Jeff is a highly accomplished leader with a proven track record of identifying and driving operational and strategic improvements in industrial printing and technology businesses. We are confident that Jeff will be a valuable addition to our Executive Partner team.”

Jacobson also served for five years as Chief Executive Officer of Kodak Polychrome Graphics, a joint venture between Sun Chemical and Eastman Kodak. Jacobson holds a BS in Management from the State University of New York at Buffalo, a JD from Pace University and a master’s degree in Industrial and Labor Relations from Cornell University.

Jacobson will join 12 experienced operating executives on the Siris Executive Partner team. While not employees of Siris, Executive Partners provide invaluable sourcing and due diligence assistance to the Siris team and help direct strategic and operational improvements post-investment.