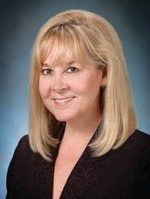 PITTSBURGH — August 17, 2017 — Printing Industries of America (PIA) is pleased to announce that Janet Green, president of Greens Printing, has been named the 2017 Naomi Berber Memorial Award honoree. Green’s award will be presented at the 2017 PIA Fall Administrative Meeting on November 10, 2017 in Concord, N.C. This award honors outstanding women in the graphic communications industry for their exceptional record of accomplishments, extraordinary contributions toward the development of the graphic communications industry, and for having advanced the interests of the industry.

“Janet Green is truly an extraordinary leader in our industry,” says Bob Lindgren, former president of Printing Industries of Southern California (PIASC). In his nomination of Green for the Naomi Berber award, Lindgren recognized her extensive contributions to the printing industry through her leadership roles regionally and nationally. A long-time member of Printing Industries of Southern California, Janet lent her expertise in roles on nearly every committee in addition to serving as the organization’s chairperson in 1999-2000. She was also named PIASC Executive of the Year in 2004.

Green served as a member of the Printing Industries of American/GATF board for many years and was chosen as the first woman to lead the organization as chairperson. She is an avid advocate for print, having testified in front of the United States Senate committee regarding the Estate Tax Repeal and met with George Bush in the White House during his tenure as president. Among her other accolades, Green was inducted into the Printing Impressions/RIT Printing Industry Hall of Fame in 2009, the third woman to be awarded such an honor.

Greens Printing was started in 1908 by Janet Green’s grandfather. As a third generation business owner and the first woman to helm the business, Green has made significant changes in order to drive business growth. An aspiring actress in her youth, Green came to the printing industry by helping out with accounting and customer service tasks in her family’s business. Eventually she acquired skills from working in nearly every department of the business and took over from her father upon his retirement.

Unite Together to Discover What’s Next
Comments
PRINTING United Expo