IWCO Direct has announced three promotions within its leadership team and the retirement of its longtime President and Chief Financial Officer Joe Morrison. 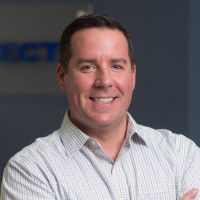 Jake Hertel has been promoted to executive VP and CFO. He previously held the position of VP of finance and joined IWCO Direct in 2007 as manager, financial planning and analysis. His strong financial acumen and insight helped ensure a smooth transition of IWCO Direct from a privately held company to a public company as part of Steel Connect, Inc. (NASDAQ: STCN). His leadership in his new role will help continue to guide IWCO Direct’s profitable growth. 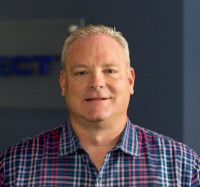 Michael Henry has been promoted to VP of Pennsylvania and Mail-Gard manufacturing operations with responsibility for overseeing IWCO Direct and Mail-Gard operations in Hamburg and Warminster, Pa. He previously served as VP of Mail-Gard, a division of IWCO Direct that provides business continuity and disaster recovery services for critical print-to-mail communications. Henry joined IWCO Direct in 2011 and has led the sales, operations, and staffing of the Mail-Gard division, as well as managing the daily production, staffing, and maintenance of IWCO Direct’s Hamburg print facility. 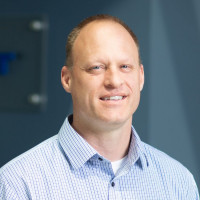 Patrick Sondreal has been promoted to VP, total quality, client services, and continuous improvement. He previously served in that role as director. Sondreal was hired in May of 2014 to direct the company’s Continuous Improvement and Lean Manufacturing efforts. As a Lean Six Sigma Black Belt, Sondreal’s leadership has increased client satisfaction while strengthening relationships through improved production efficiencies and quality control processes.

“Jake, Mike, and Pat each contribute significantly to our sustained success at IWCO Direct,” commented Jim Andersen, executive chairman of IWCO Direct. “We are confident their continued leadership will allow us to expand our business in evolving and existing markets while exceeding client expectations.”

Joe Morrison, president and CFO, has retired after more than a decade with IWCO Direct. He joined the company as CFO in April of 2006 and assumed the title of president in August of 2011. Morrison’s leadership and expertise helped IWCO Direct enhance its financial strength and expand its service offerings.

“Joe’s leadership had a significant impact on IWCO Direct’s profitable growth and business evolution,” stated Andersen. “His visionary leadership and strategic counsel over the past 13 years has set the course for our future success. We all wish him well as he embarks on the next phase of his life.”