Ironmark Announces Promotion of Matt Marzullo to Serve as President 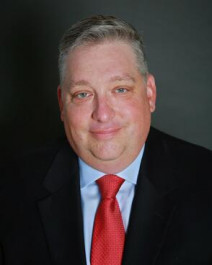 Ironmark, an image company and leader in business communications services, announced today that Matt Marzullo, who has served as senior vice president of sales and marketing since 2011, has been promoted to President, effective immediately. Scott Hargest, who previously held the title of President, will remain as the Company’s co-CEO alongside second-generation business owner Jeff Ostenso.

Marzullo is a 25-year veteran of the print and marketing industry and is responsible for day-to-day operations throughout Ironmark — with executive oversight of the company’s production processes & management, sales & marketing, customer operations, and IT infrastructure & facilities. Since Marzullo’s addition to Ironmark (then, Frank Gumpert Printing) and its Executive Team in 2008, the company’s revenue and customer base has more than tripled, solidifying Ironmark’s position as the Mid-Atlantic’s leading provider of print production, creative services, and digital marketing.

“Matt is a seasoned and trusted leader who consistently delivers results,” said Jeff Ostenso, CEO and owner, Ironmark. “With his demonstrated ability to lead management teams and get under the hood of client businesses to help them grow, combined with the vision and knowledge of the industry, I am confident that Matt will excel in his new role and take Ironmark to the next level. He is highly respected among employees, industry partners, and clients alike — and I look forward to continuing to work with him in the years ahead.”

Marzullo joined the leadership team at Ironmark during the downturn of the print industry from 2008 to 2012. Yet during that time, Ironmark grew in revenue from $6 million in 2008 to $16 million in 2012. The shared vision of Marzullo along with Jeff Ostenso and Scott Hargest, co-CEOs and owners, contributed to the continued growth of revenue to $28 million in 2018. During his tenure at Ironmark, Marzullo has played a pivotal role in executing many of Ironmark’s growth strategies.

He has been, for example, instrumental in the on-boarding of equipment, personnel, and clients during numerous acquisitions during the company’s growth period. In addition, Marzullo led the charge of adding innovative service lines to the Ironmark portfolio of offerings such as web development and digital marketing, further cementing relationships with clients through expert consultancy and full-circle communications services.

“Ironmark’s vision to expand our clients’ brands and businesses through tangible and digital communications has never been more compelling,” said Matt Marzullo, Ironmark President. “I am excited and energized to help lead Ironmark into a successful future in my new position. It’s gratifying to be a part of — and lead — such an exceptional team of hardworking people who are committed to excellence in digital and print communications.”

Prior to joining Ironmark in June of 2008, Marzullo served in various sales roles at print companies such as PS Graphics. As a third generation print industry veteran, Marzullo started his career at his father’s print company, Junior Press in Towson, Md., in 1992.