Topping the annual honor roll of the Printing Impressions 400 are its “Fast Track” companies: those with significantly higher rates of year-over-year revenue growth than the majority of other listees. One of the six exceptional strivers are profiled here.

Their stories reaffirm that whatever else may be said about the state of the printing industry, its enterprising business-people still know how to make money in ways that revenue leaders in any other industry would be the first to recognize and endorse.

Although it always seems a bit facile to search for “common denominators” in distinctive stories like these, our “Fast-Track Firms” do exhibit some shared traits of excellence.

One of them, surely, is staying locked onto customer satisfaction as the ultimate objective of everything that happens in the planning and the execution of a job.

Another is scrupulously measuring all steps of execution to make sure that the objective is being upheld.

Not as tangible, but no less crucial, is leadership: engendering the kind of pervasive enthusiasm that inspires pride of accomplishment as it spurs everyone in the organization to make the next job even better than the one that preceded it.

These are best practices that all printing businesses can emulate, and by publishing these exemplary vignettes, that is exactly what we are encouraging all of our readers to do. We salute the Fast-Track companies and to all of the other enterprises joining them on the 2019 Printing Impressions 400 list.

Jim Lundquist, CEO of AWT Labels & Packaging, says his company’s recipe for success is “a kind of a combo platter” in which the key ingredients are judicious acquisition, methodical capital investment, closely measured customer service, and an exceptional commitment to professional education and training. 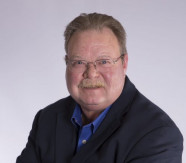 All are integral to the continuing growth of the 43-year-old business, which has been under private-equity ownership since 2004. With the acquisition of Citation Healthcare Labels in Hauppauge, N.Y., in 2018, AWT became a three-plant operation, employing more than 300 people in the production of custom labels, flexible packaging, shrink sleeves, and other items for verticals that include medical and pharmaceutical, food and beverage, and consumer products.

Lundquist stresses how closely AWT’s progress is tied to that of the “exceptional, growing brands” it serves.

“As they grow, we grow,” he says, noting that the essence of AWT’s strategy is to equip and staff in step with the needs of its clientele. “If you are growing along with your customers,” he observes, “you’re doing something right.”

This is what drives AWT’s policy of investing 5% of annual revenue in capital equipment, which funded the purchase of an HP Indigo 6900 label and packaging digital press in 2019. In recent years, the investment program also has led to the installations of two Mark Andy P5 flexo presses and a 52˝ central-impression Miraflex flexo press from Windmöller & Hölscher (W&H).

In Lundquist’s view, the point of acquiring production capability like this is all about what it can do to make a printer more responsive to the needs of its customers. “We don’t say no to unique printing or converting situations,” he says. In and of itself, owning a press doesn’t assure growth, “but it does have you servicing your customers with high-quality printed product;” and that is where the growth comes from on the provider side.

AWT pays the same kind of scrupulous attention to the quality of its customer service. “Having a culture that embraces client requirements is extraordinarily important,” Lundquist says, noting that the right way to nurture such a culture is to measure the elements of its performance.

This means monitoring things like the frequency of deliveries by customer-requested dates; numbers of corrective actions taken; and instances where corrective action was needed but not applied. Follow-up along these lines is what produces “world-class” customer service, according to Lundquist, who encourages the embrace of the culture among AWT employees with incentive programs for virtually everyone in the organization. Then, he says, “your customers don’t leave you.”

Understanding that nothing is possible without filling the right staff positions with the right people, AWT has taken an unusual step toward developing the talent it depends — not just on its own behalf, but also for the benefit of other printing businesses with similar personnel needs. This is the creation of a 501(c)(3) entity called Flexographic Tech, a training program AWT co-founded with Computype, a barcode solutions supplier based in St. Paul, Minn.

Given that it’s become “extraordinarily rare” to find qualified flexo press operators, says Lundquist, Flexographic Tech incubates its own with a variety of hands-on courses led by flexo training expert Shawn Oetjen. Fifteen of the program’s 58 graduates work for AWT; the rest, according to Lundquist, are employed by other flexo plants, including some AWT competitors.

Investment, initiative, and a sales growth program that uses the resources of salesforce.com will keep AWT on its upward trajectory, Lundquist believes. “We will just sell, sell, sell, and focus on everything that fits us.”