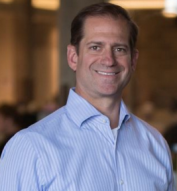 "We had a strong finish to 2017 with a growth rate that exceeded our expectations. In addition, we've won several large new contracts in recent months, and we're well down the path on a number of exciting sales pursuits," said CEO Eric Belcher. "This combination sets us up for strong growth in 2018."

"Our expected growth in 2018 will generate meaningful operating leverage and free cash flow in 2018, giving us the ability to reinvest in our business on behalf of our clients, employees and shareholders," said Chip Hodgkins, Interim CFO of InnerWorkings.

Rich Stoddart, incoming CEO, added, "InnerWorkings has evolved its business over the past five years to be at the forefront of software, digital, and other growing components of marketing execution. I look forward to helping the company capitalize on its early lead in this emerging market."