PEWAUKEE, Wis. — June 21, 2017 — The legislative road in Illinois has certainly had its ups and downs in the last General Assembly, and our fight to reinstate the Graphics Arts Sales Tax Exemption and the Manufacturers Purchase Credit continues.

The Great Lakes Graphics Association along with the Illinois Press Association and the Illinois Manufacturers Association are building a solid case to bring back these critical tax incentives that the printing industry once had in Illinois. We are recognized in both the Senate and the House, and our position has been heard loud and clear as exemplified by inclusion in all budget-related bills heard on both floors.

The Illinois printing industry has been affected by the crippling loss of the sales tax exemption and manufacturers purchase credit ever since both expired in August 2014. According to a May 2017 survey of GLGA members, since 2014 more than $46.6 million in graphics arts equipment purchases have been put on hold and 204 print-related jobs have not created because of the loss of the tax incentives.

The Illinois General Assembly ended its regular session on May 31, marking a third year without a complete state budget. Republican Governor Bruce Rauner and the Democratic majority of the Illinois General Assembly remain in disagreement regarding the fiscal future of the state and the best way to solve the budget impasse. Meanwhile, Illinois has had its credit rating downgraded to one step above “junk” status and has amassed more than $14 billion in unpaid bills. As of adjournment day, the Illinois General Assembly plans to remain in continuous session throughout the summer and has committed to continue budget and other negotiations with the governor. After May 31, any budget or immediate legislation will require a 3/5 majority to pass, thus requiring both Republican and Democrat votes for a deal to happen.

Given the budget impasse and disagreement over key reforms, the legislative environment has been very difficult to navigate. Legislators remain sensitive to budgetary and revenue issues, making them reluctant to reinstate tax credits such as the graphic arts credit (due to current revenues being insufficient to cover the state’s current spending). The likelihood of passing a standalone graphic arts credit bill is very small. This is because leadership in the Illinois General Assembly prefers to keep business incentives such as the graphic arts exemption as parts of larger revenue deals in order to entice members to vote for the bill and get their members invested in the larger package.

An example of this could be seen in the Senate Democrats’ budget and revenue package, which was the closest the two sides got to a budget deal all session. Those bills included SB 6 (budget), SB 42 (budget implementation), and SB 9 (revenue). The package was based on a modified version of the “grand bargain,” the result of session-long Senate Republican and Senate Democratic negotiations. The Senate Democratic plan proposed $37.3 billion in spending and $5.4 billion increased revenues (mostly from income tax and new service sales tax). Included in this package was a provision that would have reinstated the graphic arts credit and made it permanent by rolling it into the manufacturing machinery exemption; the manufacturer’s purchase credit would have been reinstated under this bill as well.

To date, the House has not taken a floor vote on the spending or revenue portions of the Senate package. Because of this, the deal will most likely be reviewed and debated in the House over the summer. Instead of taking up the Senate plan, the House passed its own revenue bill, HB 160, which cut the corporate income tax by half and levied a $5,000 per corporation tax on the privilege of doing business in Illinois. Unlike the deal crafted in the Senate, the House did not recognize the importance of the graphic arts credit and other manufacturing incentives.  Even amidst a strong push from GLGA and IPA lobbyists and House members, the sponsor chose not to include it in the House revenue package.

It is important to stress that during this historic budget impasse, it is very difficult to pass standalone bills that take away revenue or deal with taxes. GLGA, along with our partners in the IPA and the IMA, have been working on passing this issue for years. The ability to pass these items depends on timing and larger packages. If and when there is a final revenue deal, this credit will be included.

Aside from the proposed packages, standalone bills were introduced in both chambers to reinstate the Graphic Arts Machinery Exemption: SB 742, sponsored by Sen. Linda Holmes (D-Aurora), and HB 2746, sponsored by Rep. Mike Zalewski (D-Riverside). Senator Holmes has taken great interest in this issue and has been a strong champion for the printing industry. She and other suburban Democratic lawmakers successfully pushed for graphic arts exemption to be included in the Senate’s “grand bargain” revenue bill, SB 9.

Future plans – What Do We Do Next?

Up to this date, GLGA and the IPA have been working with the Senate to make sure that the incentives were included in any package it would take up. Now our efforts will be focused on the House. If and when the House takes up a revenue package, we want to make sure that our exemption and credit are included.

I encourage members and friends of the Illinois printing industry to continue to call your House members and request that these incentives be included and express how important it is to for employers and job growth in your districts.  The more pressure the members feel from their constituents, the more those members will ask leadership for them to be included if and when a bill moves forward. This, coupled with our Springfield lobbying effort, will ensure passage when there is closure to the deal or when the legislative leadership decides to let these credits move individually. 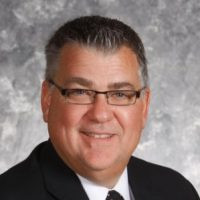 Bill Gibson is the Illinois Director of the Great Lakes Graphics Association, the regional trade association dedicated to representing the graphic arts industry throughout Indiana, Illinois and Wisconsin through education, promotion, and public affairs. A 40-year veteran of the Illinois printing industry, he previously was president of Gibson Graphics in Chicago, and is a past chairman of the board of Printing Industries of America.