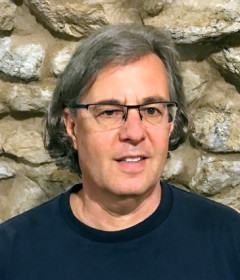 An Israeli technology-focused news site is reporting that longtime HP Indigo General Manager Alon Bar-Shany has just notified workers of his intention to leave the company after a career there that spanned 25 years. An HP Indigo communications representative in Israel confirmed his departure to Printing Impressions, and later issued a statement: "We are grateful to Alon for all he has done to make Indigo the market leader in digital printing and we will benefit from his many contributions to our business for years to come.”

His departure will mark the end for Bar-Shany as the worldwide "face" of HP Indigo to its large base of HP Indigo digital press users, the Dscoop user community, and the printing industry trade press.

Bar-Shany is respected throughout the printing industry and didn't try to fit the role of a buttoned-down corporate executive, both in his candor when discussing key issues facing the graphic arts industry, his preference for casual attire and jeans long before it was considered "cool," and the delight he took to play his electric guitar during large industry gatherings.

I had the pleasure to interview Bar-Shany for a recent podcast (click here to listen), where he described the impressive press lineup HP Indigo had planned to introduce at drupa 2020 in Germany this month (before it was canceled); the impact of COVID-19 on HP Indigo and its North American customer base; and the delicate topic (from an HP Indigo standpoint) of the pros and cons of inkjet printing technology. Remember: HP Indigo cut-sheet and continuous-feed digital presses are built around proprietary Liquid Electrophotography technology, in comparison to its sister family of HP PageWide inkjet web press offerings. Increasingly, it appears the two technologies are colliding from an application standpoint as production inkjet quality approaches HP Indigo's offset-like output capability.

During his long tenure, Bar-Shany was on hand to help lead HP Indigo's prominence within the high-quality digital printing press market — now in its sixth generation — designed for a wide range of commercial, publishing, label, folding carton, flexible packaging, and other digitally printed products. Although HP Indigo had sold large orders of multiple presses in the past to the likes of Cimpress, Shutterfly, Consolidated Graphics (which was acquired by RR Donnelley), and, most recently, a $100 million order from ePac for 24 HP Indigo 20000 digital presses for flexible packaging, it's core customer base remains comparatively small- and mid-size, privately held — and often family-run — printing establishments.

It appears that the transition to a new leader at HP Indigo should be a relatively smooth one, however. Bar-Shany will be replaced by Haim Levit, a fellow Israeli residing in the Boston area, who has been affiliated with HP Indigo for more than 25 years. Levit has performed a wide spectrum of leadership roles, including VP and GM for HP's Americas Indigo and PageWide Web Press, before assuming his current role leading worldwide go-to-market for the Graphics Industrial organization. Married with three children, Levit will be relocating to Israel this summer.

Indigo was founded in Israel by Benny Landa in 1977. Hewlett-Packard made a $100 million investment in Indigo in 2000, and then acquired the remaining common shares of the company the following year for approximately $629 million, with incentives based on the achievement of revenue targets, for a potential total payout of $882 million.