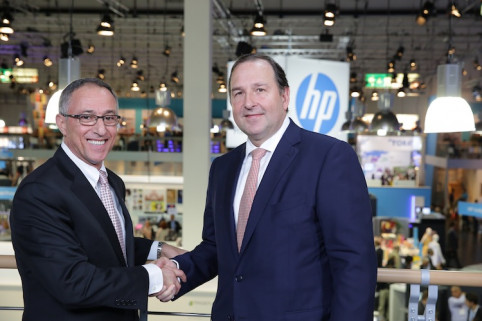 In the world’s largest single demonstration of digital printers and presses, HP’s historic showcase in Hall 17, as well as strong customer adoption across all segments and regions, helped establish digital printing as mainstream and solidified HP’s position as the industry’s digital leader.

“HP experienced its best attended drupa ever with sales far exceeding expectations, achieving 150% of our sales goal,” explains Francois Martin, worldwide marketing head, HP Graphics Solutions Business, HP Inc. “What’s more, packaging revealed itself as a major trend and I’m proud to say that HP was in front of the curve with a complete packaging line-up and with the unveiling of a new post-print solution and strategic collaboration with packaging giant Smurfit Kappa. HP is committed to keep reinventing our technology so that our customers can reinvent their own possibilities.”

PrintOS Adoption Soars to More than 500 Connected Customers
HP customers eager to streamline their production workflow gravitated towards PrintOS at drupa 2016, with more than 200 new customers selecting the versatile solution to simplify and automate print production.

About HP
HP Inc. creates technology that makes life better for everyone, everywhere. Through its portfolio of printers, PCs, mobile devices, solutions and services, HP engineers experiences that amaze.

(1) Based on both overall print volume and number of presses.