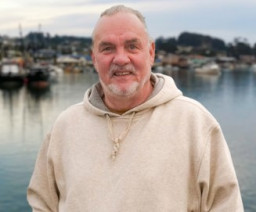 This spring, the team at DocuCopies.com bids farewell to their founder, mentor, and friend. David Robert Pressley joined the afterlife on Sept. 9, 2021, and will be celebrated and remembered by family and friends on April 30 in San Luis Obispo, Calif.

The Celebration of Life is being held at the historic and breathtaking Madonna Inn, which was David’s favorite local venue to entertain visiting friends and colleagues. For the Pressley family, it’s also a powerful symbol of work, reward, and the American dream.

Alex Madonna, a local rancher and construction magnate who helped develop SLO County in the mid-20th century, built the sprawling hotel complex as a gift to his wife, Phyllis. Each room is lavishly decorated, themed and completely unique, while the dining room, banquet rooms and bar are a craftsman's dream.

“To me, the story of the Madonna Inn parallels my dad’s life and work in the printing business,” says Roe Pressley, vice president of customer relations at DocuCopies. “He had a vision, he worked very hard and made many sacrifices to achieve it, and he left a wonderful gift for the people he loves.”

Part of that vision was expanding their online printing business from icy Wisconsin to sunny California. In 2012, David brought this dream to fruition, and he and his family moved from Wisconsin to SLO County the next year.

But his vision had not always been so clear, and success didn’t always seem likely.

David was born Aug. 9, 1947, in Rheinlander, Wisc. His mother, who was widowed when he was 12, raised David and his five siblings on modest means. They eventually moved to Milwaukee, where he took on odd jobs to help make ends meet, including cleaning boats at the Milwaukee Yacht Club.

At 17, David joined the U.S. Army and served in the 101st Airborne Division. After a parachuting accident nearly claimed his life, David transferred to a medic position. His contract ended before he could be deployed to Vietnam.

In 1971, David married his girlfriend, Karen Johnson. They moved to western Wisconsin and attended the University of Wisconsin – River Falls, where David got his first taste of the printing business managing the university’s print and copy center. He also enjoyed indulging his love of music as a college-radio DJ.

Soon, they bought a general store in Somerset, Wisc., and added a bar and restaurant to serve the party-hardy tubers on the adjacent Apple River. David also bought his first print shop, which would undergo many moves and re-brandings in the coming years. After selling the general store, Karen began working at the print shop as well.

As the 21st century dawned, it was clear to David that the future of business — at least, their business — was on the Internet. While the early 2000s spelled the end of many long-standing print companies, David’s defiance of industry standards and persistent drive to keep evolving their business proved to be the decision of a lifetime. In 2003, the company rebranded as DocuCopies.com and launched a custom-built website, ready to serve customers in all 50 states. While online printing services are ubiquitous in 2022, DocuCopies was one of the trailblazers two decades ago, and their early adoption of this transformational technology drove their success and growth going forward.

While their patriarch has moved on to greener pastures, the upper management at DocuCopies is still threaded with family and longtime friends:

“David always said that all most people can do to improve the world is to make it better for the people in their immediate circle,” says Karen of her late husband. “For David, that meant building a business that can grow and sustain livelihoods for countless people and families in the future, starting with the people who helped keep the lights on from the very beginning.”

How to Maximize ROI from Your Web to Print Platform

Requirements of a Modern Web to Print Platform for Commercial Printers