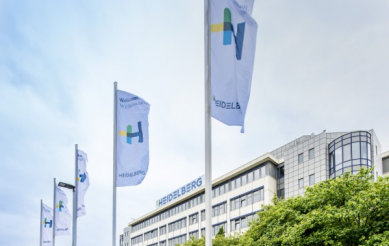 HEIDELBERG, Germany — February 9, 2017 — After the third quarter of the 2016/2017 financial year, Heidelberger Druckmaschinen AG (Heidelberg) is still on course to increase its annual profit as planned. For example, during the third quarter (October 1 to December 31, 2016), the operating result (EBITDA) and the net result after taxes improved further compared to the same quarter of the previous year. After nine months, sales were still below the previous year’s levels, as expected. A large number of orders placed at drupa for innovative presses with longer delivery times that were presented at and ordered during the trade show will be supplied on schedule in the fourth quarter. The series launch of these products at the end of the financial year will also generate higher sales and a better result than in the previous year.

“The improvements in results in the third quarter show that Heidelberg is on the right course to achieve sustainable profitability,” said Rainer Hundsdörfer, CEO of Heidelberger Druckmaschinen AG. “We anticipate we will further increase our annual profit with a strong final quarter.”

New Organization Oriented Towards Digital Transformation
Heidelberg is realigning its organization to accelerate the company’s digital transformation and thus ensure the correct business models are in place for the high-growth customer segments in the years ahead. In future, there will be a division that will develop, manufacture, and supply appropriate digital technologies and products for new business models.  Another division will devise and market these models. Furthermore, the global sales and service network will be more strongly focused on the digital challenges that customers face.

“Heidelberg goes digital. We are getting the company fit for the digital future,” added Hundsdörfer. “To do that, we will develop and roll out our own innovative business ideas. However, we will also be strengthening our position in this area through acquisitions.”

Net Result After Taxes Increases from €7 million to €18 million in Q3
Compared to the previous quarter of the current financial year, sales and the result showed further improvement in the third quarter. For example, sales rose from €586 million in the second quarter to €608 million (same quarter of previous year: €640 million). After nine months, the total sales of €1.680 billion were still below the previous year’s level (€ 1.802 billion) due to the launch of series production for the drupa innovations at the end of the financial year. Over the same period, incoming orders at €1.990 billion were approximately 4.5 percent higher than the previous year’s value (€1.904 billion) and demonstrate the keen interest customers are showing in the digitization solutions from Heidelberg. At €739 million, the order backlog was around 26 percent up on the previous year’s figure (€586 million). As a result, Heidelberg has a good platform for achieving the significant sales growth planned in the fourth quarter.

Free cash flow in the third quarter was slightly negative at €-10 million, and overall, after nine months, it was also at €-10 million. Compared to the financial year-end on March 31, 2016, the equity of the Heidelberg Group dropped to €246 million as at December 31, 2016. This was due primarily to changes in the actuarial interest rates for pensions. Consequently, the equity ratio on the balance sheet date was around 11.4 percent (previous quarter: 6 percent). The net financial debt at €282 million remained stable (June 30, 2016: €276 million), and the leverage continued to be below the target value of 2 at 1.7.

“We have the financial strength to actively shape our route into the digital world,” said Dirk Kaliebe, CFO. “The balanced financing framework also gives us the freedom to drive forward new business models through targeted acquisitions.”

Outlook: Sights Still Set on the Targets for the Year
Thanks to the solid incoming orders and the rise in the order backlog, Heidelberg remains focused on its targets for 2016/2017. Although planned acquisitions have not been implemented yet, the company is still striving for marginal sales growth in light of a strong final quarter of the year. Despite the inputs for the accelerated expansion of the digital and the service business, it also expects to achieve an EBITDA margin before special items on par with the previous year’s level in the 2016/2017 financial year. At the same time, the financial result will improve further on account of declining interest expenses. Thus, Heidelberg is still aiming for a moderate year-on-year increase in its net result after taxes for the year as a whole.