The Speedmaster XL 75 with the new Anicolor 2 technology is now even more productive and flexible. The Anicolor Booster switches to a higher density range at the push of a button, doing away with the need to change ink series or even screen rollers.

HEIDELBERG, Germany — February 24, 2016 — In print production, the intelligent use and linking of digital information enables even complex processes to be made leaner and more efficient, increasing profitability in the long term. Heidelberger Druckmaschinen AG (Heidelberg) recognized this potential early on, and has been consistently promoting digital integration ever since it introduced the Prinect print and media workflow in 2000. Digital integration provides a framework for print shops to realize industrial processes with integrated interfaces to customers, suppliers, production and logistics. 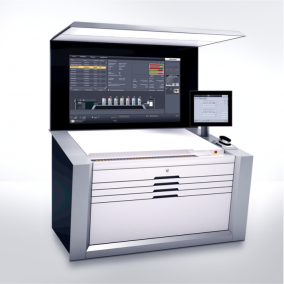 The heart of the new Speedmaster generation to be presented at drupa 2016 is the Prinect Press Center XL machine control station.

The new Speedmaster generation to be presented at drupa 2016 can be integrated into this digitized process world more easily and quickly. The new Prinect Press Center XL machine control station not only assumes the role of the digital interface in the workflow here, but also the intelligent human/machine interface, which helps the operator to fully exploit the performance of the machine.

“We were ahead of our time when we presented the Prinect Press Center with the wallscreen in 2008,” recalled Stephan Plenz, member of the management board and responsible for the Equipment Segment at Heidelberg. “Today, the big displays are almost taken for granted; users value the benefits in daily production and do not want to be without the wallscreen, a fact impressively demonstrated by the 100% repurchase rate.”

Heidelberg is now presenting the next stage of development with the new Wallscreen XL. With a diagonal screen measurement of 65˝, a resolution of 4K and an even clearer structure, it is the perfect complement to the enhanced operating concept. The option of individual customization demanded by many customers has been significantly extended with the introduction of the “myWallscreen” area. It permits the configuration of individually selected information panels, while new intelligent widgets provide practical added value. For example, the areas with higher color assignment on the sheet can be indicated based on the prepress data or the “Plate on Demand” function can be used which allows the printer to initiate the exposure of a new printing plate directly from the control station and in this way avoid or minimize downtimes. 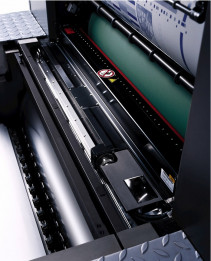 The Prinect Inpress Control 2 in-line measuring system with spectral measurement halves the time until the first measurement and permits a further 20% reduction in waste.

Along with the new Wallscreen XL, the operating concept has been refined to make it even simpler. The user can now operate the new multi-touchscreen and the touchpad using swiping techniques familiar from smartphones or tablets.

“The new Prinect Press Center is the common denominator in our Speedmaster drupa generation and is available in appropriate configuration levels for all product lines,” noted Plenz. “We have also strategically enhanced the individual series and are offering a comprehensive package of innovations for drupa 2016. The focus here is always on customer benefits and the kinds of solutions the customer needs for its specific requirements.”

A number of key innovations will already have been introduced by drupa 2016, for example the second generation of the AutoPlate XL 2 simultaneous plate changer for the Speedmaster XL 106. Apart from a further reduction in the time it takes to change plates, it is now also possible to change all the printing plates while the rubber blankets and printing cylinders are being washed.

The only in-line measuring system that offers true spectral measurement, the Prinect Inpress Control 2, is also available in its second generation and boasts much faster measurement. The time until the first measurement has been halved and a further 20% reduction in waste is possible. 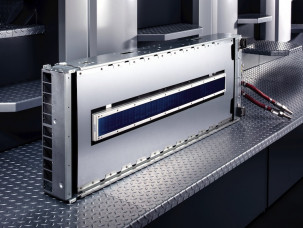 The DryStar LED high-performance drying systems permit optimum integration of the systems into the machine and the machine control system. Energy savings of to 50% are possible depending on the format.

Specifically for packaging printers, Prinect Inpress Control 2 makes it possible to measure and control print control strips printed on opaque white. “Measuring on opaque white is no easy feat,” Plenz pointed out. “However, we are going one step further with our offline measuring system Prinect Image Control 3. It doesn’t just measure on opaque white – we have succeeded in measuring and even controlling the opaque white itself. This enables us to offer our customers unprecedented process control and color constancy on transparent or metalized printing stocks.”

Focus on Increased Productivity and Flexibility, as Well as Shorter Setup Times
Still at the prototype stage when it was presented at drupa four years ago, the evolution of the Anicolor technology will be presented at drupa 2016. Anicolor 2 offers impressive new options such as the Anicolor Booster. This switches to a higher density range at the push of a button. This does away with the need to change ink series or even screen rollers, saving time and making Anicolor 2 even more flexible in use and easier to operate.

The range of DryStar LED high-performance drying systems has been further expanded and is now available for the XL series as well as the Speedmaster CX/SX 102. The optimum integration of the systems into the machine and the machine control system permits additional energy savings thanks to format-specific activation of the LEDs. Energy savings of to 50% are possible depending on the format. The high performance reserve of the DryStar LED ensures that production speed is maintained, despite the degradation of LEDs that usually occurs over time. 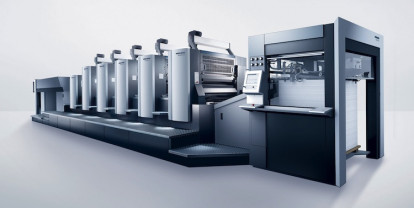 The transfer of technologies from the XL series is being continued in the Speedmaster CX 102. For example, it is now available with a fully automated delivery non-stop system.

The Speedmaster XL 75 is getting a new feeder for drupa 2016, which has been carried over from the Speedmaster XL 106 as a technology transfer and includes key functions like sheet slowdown and automatic sheet arrival control. The gentle, precise and reliable sheet guide means that high production speeds can be achieved stably even with critical and difficult materials. Prior experience shows that higher productivity of up to 1,500 sheets per hour can be achieved with materials like lightweight papers or labels.

The transfer of technologies from the XL series to the Speedmaster CX 102 is being continued. Fast washing times of under a minute are possible with XL washing technology hardware and software. The washing modules can be swapped from unit to unit. This means that a prepared additional module can be used when changing the washing blanket, reducing the machine downtime by 80%.

The fully automated delivery non-stop system has also been carried over from the Speedmaster XL 106. The new blanket system ensures reliable non-stop operation and is not just limited to cardboard, but is also suitable for thinner materials.

With the new Air Transfer System and the optimized gripper systems, there is no need to adapt the gripper bar height to the printed stock thickness. The Speedmaster CX 102 as the universal machine therefore covers the entire printed stock range and is now easier to operate.

“The new generation of the Prinect Press Center will upgrade our entire Speedmaster portfolio. We have therefore refined our Speedmaster fleet to be able to offer our customers the best range for their investment in the digitized future, namely an integrated, stable system consisting of machine, workflow, application technology, consumables, and services. Because the only way to make the most of the potential offered by digitized production is through the optimal and intelligent interaction of all these parameters”, summarized Plenz.

Heidelberg will be presenting further innovations for even greater automation in the sheet offset area at drupa 2016.