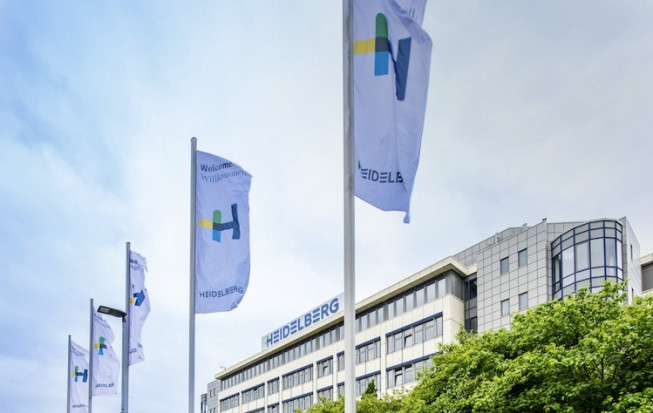 Heidelberg has increased its net result in the second quarter.

HEIDELBERG, Germany — November 9, 2016 — During the second quarter (July 1 to Sept. 30, 2016) of financial year 2016/2017, Heidelberger Druckmaschinen AG (Heidelberg) significantly increased its operating result compared to the previous year, as previously envisaged, and also achieved a clearly positive net result after taxes. After the first six months, the result was still below the previous year’s figures due to sales and the costs associated with the drupa trade show. However, as a result of drupa, incoming orders (up around 6%) and the order backlog (up 19%) were increased significantly. The Group has thus created a sound basis on which to achieve its targets for the year as a whole.

"The clear improvement in the result during the second quarter shows that our realignment is bearing fruit. In view of the solid order situation, we anticipate that the second half of the year will bring a considerable improvement in sales and the result compared to the first half of the year. The targets for the year as a whole therefore continue to apply," says Dirk Kaliebe, the company’s CFO.

Heidelberg Turns Around its Net Result After Taxes in the Quarter Under Review to Generate €9 million
As announced, sales and the result in the second quarter were much better than in the previous quarter of the current financial year. Net sales thus rose by €100 million compared to the first quarter to €586 million (previous year: €599 million). Total sales up to the half-year point were €1.072 billion (previous year: €1.162 billion). Thanks to strong demand at drupa, incoming orders for the first six months were up around 6% on the previous year’s figure (€1.323 billion) at €1.408 billion, while the order backlog at €765 million was even some 19% higher (previous year €644 million). As a result, Heidelberg has a good starting base for achieving the anticipated significant sales growth in the second half of the year.

At €–7 million, free cash flow in the second quarter was slightly negative, but balanced out over the first six months taken as a whole (previous year: €–30 million). Compared to the financial year-end on March 31, 2016, the equity of the Heidelberg Group dropped to €126 million as at September 30, 2016. This was due primarily to the considerable reduction in the discount rate for pensions in Germany. Consequently, the equity ratio on the balance sheet date was around 6%. The net financial debt was €276 million (March 31, 2016: €281 million), and the leverage remains below the target value of 2 at 1.8.

Outlook: Sights Still Set Firmly on the Targets for the Year
Thanks to solid incoming orders and the increase in the order backlog, Heidelberg has its sights set firmly on its year-end targets for 2016/2017. The portfolio expansion in rapidly developing markets, possible acquisitions and the drupa industry trade show will substantially affect sales performance in the financial year 2016/2017 and the years ahead. The investment priorities in the areas of digitalization, digital printing and services are expected to contribute to an average sales growth of up to 4% per year.

Despite the inputs associated with the accelerated expansion of the digital and service business, the EBITDA margin before special items is expected to remain at the level of the previous year. At the same time, the company is looking to improve the financial result by reducing the interest burden. With this, Heidelberg is aiming for a moderate increase in its net result after taxes against the previous year. In the medium term, the successful reorganization of Heidelberg is set to enable growth in Group sales of up to 4% per year, taking the total to some € 3 billion. This includes a high profitability level with an EBITDA margin in the range of 7 to 10%.

Next Date on Company Calendar:
The figures for the third quarter of financial year 2016/2017 are due to be published on February 9, 2017.