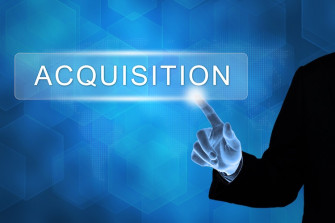 In yet another example how digital and print-based marketing channels can work together in harmony, Valassis owner Harland Clarke Holdings (HCH) announced it has reached a definitive agreement to acquire RetailMeNot, an Austin, Texas-based online savings marketplace that connects consumers with retailers, restaurants and brands, for approximately $630 million. HCH will combine RetailMeNot with Valassis, which is widely known in the graphic arts industry for its printed free-standing coupon and advertising inserts.

Livonia, Mich.-based Valassis was ranked No. 3 on the 2013 Printing Impressions 400 (click here for most recent list), reporting most recent fiscal year sales of $2.16 billion and approximately 6,400 employees. Then publicly held, it was only surpassed in our annual rankings that year by RR Donnelley ($10.2 billion) and Quad/Graphics ($4.1 billion).

The combination of RetailMeNot and Valassis will create an omni-channel media network with tens of thousands of advertisers, reaching hundreds of millions of consumers around the world.

In 2016, RetailMeNot experienced more than 650 million visits to its websites and sales of about $280 million. It estimates that approximately $4.4 billion in retailer sales were attributable to consumer transactions from paid digital offers in its marketplace last year, more than $600 million of which were attributable to its in-store solution.

Its portfolio of websites and mobile applications includes RetailMeNot.com in the United States; RetailMeNot.ca in Canada; VoucherCodes.co.uk in the United Kingdom; ma-reduc.com and Poulpeo.com in France; and GiftCardZen.com and Deals2Buy.com in North America.

Cotter Cunningham, CEO of RetailMeNot, agrees that the coupling will further strengthen the combined company. "I firmly believe that Valassis not only shares our commitment to consumers and merchant partners, but supports continued innovation in driving new solutions for retailers and brands. I am confident in the future of RetailMeNot in its partnership with Valassis and look forward to working closely with the combined team to ensure together we become the premier savings destination."

The purchase price represents a premium of approximately 50% over the closing share price of RetailMeNot's common stock on April 7. Expected to close before the end of Q2, the transaction has been approved by RetailMeNot's board of directors and will result in the company becoming privately held once finalized. RetailMeNot was acquired by Whaleshark Media in 2010 and went public with an IPO for $230 million in 2013.

If RetailMeNot receives a better offer before the deal closes, it will be required to pay Harland Clarke a termination fee of $18 million, according to a filing with the Security and Exchange Commission (SEC). In turn, if Harland Clarke backs out of the deal it will reportedly owe RetailMeNot between $25 million and $35 million to terminate the acquisition.