Goss and Nitta Join Forces on Development of Folder Belts 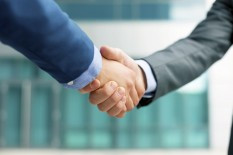 DURHAM, N.H. - November 3, 2017 - Goss and Nitta Corp. are pleased to announce their collaboration in developing MRO Belt Kits for the high-speed sections on Goss PCF-1, PCF-3, SG-3, and the new JF80G Folders.

As the U.S. manufacturing arm of Japan’s Nitta Corp., Nitta Corp. of America develops products specifically designed for the many printing folders that Goss manufactures, using the most advanced technology available.

“It is with great pride that Nitta is partnering with Goss, the premiere press and folder manufacture in the world,” says Pete Simpson, business development manager of printing at Nitta. “Goss’ engineering, support, technical expertise, and hands-on approach mirrors Nitta’s approach to the printing market, with both offering the latest technology and world class products.”

Nitta sets itself apart in that they offer free splice training. Their belts allow the folder to maintain a constant speed and maintain control of the book. With consistent designed tension, high surface durability and improved resistance to edge fraying, Nitta belts are designed to last.

Goss customer feedback after using Nitta belts on their folders has been resoundingly positive.

PCC Print has a Goss Sunday 2000, PCF 1.2 and uses Nitta belts on the accelerator tape. Steve Vogel, PCC Print Pressroom Supervisor, now changes belts every 16 to 20 weeks as opposed to every four to six weeks. The greatest improvement he sees with Nitta belts is in more control and less skewing.

“By partnering with Nitta, Goss will help our customers maximize the production capabilities of their folders and receive real savings in terms of time and money,” says Glen Bickford, Goss Service Director. “Currently, we are collaborating on developing belts for additional Goss folders. Our relationship with Nitta can only continue to benefit Goss customers.”