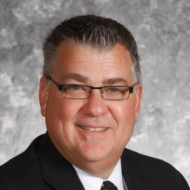 The law now establishes a permanent sales tax exemption for graphic arts and printing equipment, which at a minimum is equal to $6,254 for every $100,000 spent on covered equipment. Graphic arts equipment is defined in Illinois as “graphic arts machinery and equipment, including repair and replacement parts, ... and includes chemicals acting as catalysts [that] effect a direct and immediate change upon a graphic arts product.” The exemption was effective July 1, 2017.

The Illinois printing and graphic arts industry had been crippled by the loss of the sales tax exemption ever since it sunsetted in August 2014. GLGA led the battle in Springfield to restore this critical incentive with their partners the Illinois Press Association and the Illinois Manufacturers Association.

Carrying the Illinois printing industry’s banner to the legislators was, to say the least, a committed task that GLGA’s Board of Directors supported ever since the sunset went into effect in 2014. GLGA Illinois Director Bill Gibson was on top of the issue even before the sunset date, spending countless hours making trips and calls to the capitol to elevate the need onto the legislative agenda. A special collection of funds from Illinois members of GLGA assisted the association’s work on this critical issue.

GLGA encouraged members to provide their own testimony to state legislators of how the loss of the exemption had affected their businesses, and members responded with visits to Springfield, phone calls, letters, and emails. Printers, finishers, postpress companies, packagers, converters, and industry suppliers invited their local officials to tour their plants. And, delegations of printers and equipment manufacturers from two GLGA-led Legislative Days made an impact with key state lawmakers.

The continued presence of GLGA representatives on the legislative forefront allowed the association to tell the industry’s story and give legislators a clear understanding of the industry’s economic impact to the state. Illinois has more than 2,300 print manufacturers that employ 55,000 Illinois workers and ship more than $9 billion annually in product. A poll of GLGA members taken in May 2017 revealed that Illinois’ print industry had put on hold a staggering $46.6 million in equipment purchases since the loss of the exemption. Even worse, Illinois printers would have added 204 more jobs during that 2 ½-year period without the exemption.

GLGA also joined forces with the Illinois Press Association and the Illinois Manufacturers Association in an alliance to form the Advance Illinois Manufacturing Coalition (AIM), a diverse group of business industries across the state, to make the industry’s voice stronger in Springfield. Among the key points of AIM’s legislative agenda that were adopted by the General Assembly were reforming the Graphic Arts sales tax exemption to make it permanent and reclassifying printers as manufacturers. Illinois had been the only state in the country to not recognize printing as a manufacturing activity.

Next, GLGA will be working with the Illinois Department of Revenue and GLGA member Andrew Klemens, a partner with the CPA firm BKD, LLP, Oakbrook Terrace, Ill., to assist member companies in getting clarification about implementing the new exemption. Gibson is planning an educational webinar with Klemens which will be held on August 17, 2017; visit the GLGA website at www.glga.info for more information and to register.

Additionally, Gibson will continue to monitor legislation that affects graphic arts companies in Illinois and will discuss the reinstatement of the Manufacturers Purchase Credit and the possibility of retroactive rulings back to the sunset date with key legislators.