Fujifilm Holdings and Xerox Corp. jointly announced on Nov. 5 that they have settled their differences — in what has been cantankerous in recent times — and reached a definitive agreement regarding the Fuji Xerox joint venture. In conjunction with the new sales agreement, Fujifilm has also dropped the $1 billion lawsuit it had filed against Xerox in June 2018, claiming damages caused by Xerox's then-unilateral termination of a definitive merger agreement between the two companies.

As part of the newly announced deal, Fujifilm will acquire the 25% stake in Fuji Xerox that is owned by Xerox for $2.3 billion, bringing Fujifilm's ownership of the document solutions company to 100%. Xerox says it expects to use the proceeds to pursue M&A opportunities in core and adjacent industries, return capital to shareholders, and pay down its $550 million December 2019 debt maturity.

The transaction was unanimously approved by the boards of directors of Fujifilm and Xerox, and does not require a shareholder vote.

More specific terms of the definitive agreement include the following:

With the transaction expected to be completed this month, Fuji Xerox will operate as a wholly owned subsidiary of Fujifilm. While it will continue to supply products to Xerox under an existing agreement, Fuji Xerox will also gain expanded OEM opportunities to leverage its product development and manufacturing capabilities to supply products such as printer engines to customers worldwide, including the U.S. and Europe. 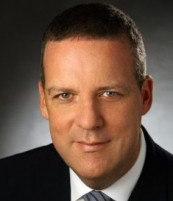 "These agreements reset our relationship with Fujifilm and provide both companies with tremendous opportunities to grow, together and independently,” John Visentin, vice chairman and CEO of Norwalk, Conn.-headquartered Xerox, said in a statement. “These agreements also unlock significant unrealized value for our shareholders, provide greater clarity for our customers and help us speed our transformation to a digital-first company.” 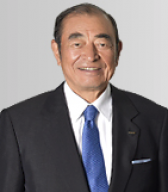 Likewise, Shigetaka Komori, chairman and CEO of Tokyo-based Fujifilm, was similarly optimistic about the agreement in his prepared statement: "Full ownership of Fuji Xerox will facilitate faster decision making in a rapidly changing business environment. At the same time, Fuji Xerox will be able to further strengthen its business by capturing new OEM opportunities in the global market, leveraging our world-leading product development and manufacturing capabilities. We are excited to start a new chapter for Fujifilm and Fuji Xerox."

With full ownership of Fuji Xerox, Fujifilm expects to realize cost synergies from the integration of duplicate middle/back-office functions, consolidation of overseas operations, and procurement optimization. Fuji Xerox expects to stabilize its mid- to long-term Document Solutions sales by diversifying revenue sources and expanding its OEM business globally. Fujifilm also believes Fuji Xerox will be ideally positioned to build on its expertise in technologies relating to the cloud, artificial intelligence, and the Internet of Things to further expand into adjacent areas.