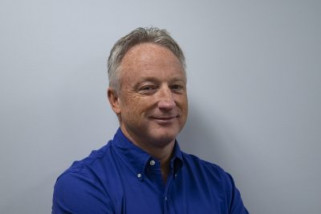 Henry "Hank" Fox has been running Lansdale, Pa.-based Fox Group, which was founded as a trade bindery by his father in 1971, for the past 18 years and has worked there full-time since 1980.

The past four to five years have been a living nightmare for Henry J. "Hank" Fox, president and principal shareholder of Lansdale, Pa.-based Fox Group (a/k/a Fox Bindery Inc.). As a trade bindery operation completing hand assembly jobs such as putting inserts in boxes that Fox Group has diecut and glued, and various other pick-and-pack work, Fox Group typically brings in 10 to 30 unskilled temporary laborers per day — sometimes even as many as 50 temp workers during the busy season.

Fox Group relies on temporary staffing agencies for these workers, which is what led to his living nightmare in the first place.

Fox Group's legal team recently reached a settlement with the U.S. Department of Labor’s Wage and Hour Division (WHD), which was arbitrated through the U.S. District Court for the Eastern District of Pennsylvania. The consent judgment requires Fox Group and Hank Fox to pay $274,183 in back wages and an equal amount in liquidated damages to 556 current and former temporary employees. Fox Group and its owner were also assessed a $50,000 civil penalty, making the total dollar amount owed in back wages, damages and penalties totaling $598,366.

It all started when the Department of Labor's WHD audited the three-year period from March 2013 to March 2016 when Fox Group's 110 full-time hourly employees checked in and out, to make sure they were being paid for overtime when working more than 40 hours in a given week. Fox explains that overtime determination in itself can be a tricky process with rounding up/down since, technically, if a worker clocks in early and sits in the lunch room waiting for his/her shift to start, the individual would still qualify for overtime. Employment laws have also become more stringent when it comes to determining which employees should be considered salary vs. hourly workers.

Fox Group passed the audit, but serious problems surfaced when the WHD investigated the federally mandated minimum and overtime wages for the temp workers he was bringing in through two local employment agencies, Riverside Quality Services and Sun Flower Services. As a result of their investigation, WHD determined that Fox Group and the staffing agencies violated the minimum wage, overtime and record-keeping provisions of the Fair Labor Standards Act (FLSA).

Hank Fox contends he showed proof to the Department of Labor that he was faithfully paying the weekly invoices submitted to him by the temporary staffing agencies that amounted to $11.50 per hour for each worker, which included the markup fee the agencies were receiving over-and-above the $7.25 per hour minimum wages that they were supposedly paying their workers. The WHD sought, and eventually received, records from the two temporary agencies — which Fox later found out were owned by some of the same individuals. But, after finding out that they were facing significant financial liabilities for not properly paying their temp workers minimum wage or for overtime, the staffing agencies closed their doors.

This left Fox Group as the sole defendant. And by legal statute, according to Hank Fox, Fox Group was considered to be a co-employer and thus liable because many of the temp laborers — the majority of whom were Hispanic and Vietnamese — had worked at Fox Group for several years and reported to Fox Group supervisors when they were on the job. Over the years, Fox Group also hired some of the more skilled and hard-working temp workers into full-time positions. So, even though Fox Group was paying the invoices submitted by the temp agencies that far exceeded minimum wage rates, the WHD said it was Fox Group's legal responsibility to make sure those laborers were being properly paid by the temp agencies.

"The Department of Labor said we should have known these [temp] workers weren't getting paid the minimum wage," Fox notes. "But the truth is, we did pay the wages — enough to cover what should have been paid to each worker and more (the agency markup). But the staffing agency stole the money. Now, in addition to having already paid the wages once, we have to pay them again, plus the doubling penalty and the $50,000 fine — so in effect I am paying them three times in total."

Litigating Against Federal Government Is Fruitless

To add insult to injury, on top of the nearly $600,000 in back wages, damages and civil fines that have to be paid, Hank Fox says he spent more than $250,000 in legal fees (above and beyond what was covered by his business protection insurance) just to reach a settlement with the Department of Labor. This included his lawyers brokering a deal just to keep himself and his company solvent, by allowing Hank Fox and Fox Group to pay the nearly $600,000 due in installments during the next five-and-a-half years. "There is no way you can litigate against the federal government," Fox laments, noting that his lawyers told him fighting the ruling would end up costing them more than $500,000 in legal fees, with no promise for a better outcome.

The fiasco has taught Hank Fox some valuable lessons and resulted in internal policy changes when it comes to hiring temp workers through staffing agencies. Just having a contract in place with an agency is not good enough, he advises. Fox Group now makes sure that a supervisor from the temp agency is in-house, and Fox Group also requires the agency to provide Fox Group with scans of every paycheck that it issues to its workers, ensuring that they are paid properly. Fox Group workers also cannot clock in more than seven minutes before they begin their shifts and the company has installed additional time clocks to not cause backups of workers all arriving at the same time.

"Many of my full-time employees have worked here for more than 20 years," Fox points out, taking major issue that anybody might consider his operation a "sweat shop" based on the publicity surrounding the judgment and noting that the facility is a clean, air-conditioned plant. He says Fox Group has always even gone out of its way to include the temp employees in company functions such as staff luncheons and employee picnics.

Fox Group was founded 41 years ago by Hank Fox's father. "My father always taught me to do the right thing in business. If I have to screw people to make money, it's not worth it," Fox concludes. "I have two sons and have to look them face-to-face. Your word is your word. And, in the end, integrity is everything."