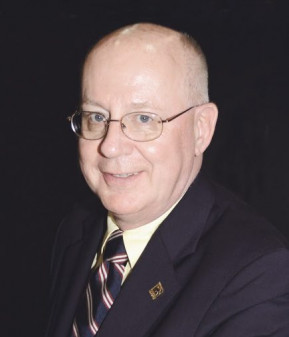 Longtime web offset printing industry veteran Ted Carl Ringman, 69, passed away on Dec. 31, 2017, in Asheville, N.C., after a hard-fought battle with cancer. He is survived by his wife of more than 50 years, Judy Glass Ringman.

Growing up in a household with a father who was well-known in the Chicago-area printing field helped lead him to pursue a degree in printing management from Rochester Institute of Technology (RIT). Following graduation, Mr. Ringman embarked on a successful, nearly 50-year career serving printers in the web offset press and auxiliary market, including senior executive positions at Harris Graphics' web press unit, Graphic Sales Associates and Goss International. Harris Graphics was acquired by Heidelberg in 1988 and later sold to Goss International in 2004.

"In the mid-1970s, Ted joined Harris Corporation’s Web Press Div. selling roll-fed offset presses designed for magazine, catalog, book and commercial printing to printers in the Midwest," remembers Richard "Dick" Holliday, a longtime industry supplier executive and consultant. "He built a reputation for integrity and product knowledge, and managed some of Harris’s largest printing industry accounts for more than 10 years. In 1987, Ted joined with some of Harris' colleagues in forming Graphic Sales Associates, a manufacturers' representative firm dedicated to selling auxiliary equipment for large printers across the North American continent.

"He served as president of Graphic Sales Associates until 1990, when he accepted a position with the Goss International organization to help expand its market share in the magazine, catalog and high-end commercial printing equipment segment."

Throughout his nearly 50-year graphic arts industry career, Mr. Ringman was active in numerous organizations, including serving as chairman for a number of years on the Web Offset Association Suppliers Advisory Board and on the Research & Engineering Council of the Graphic Arts. In 2011, he was elected chairman of the Ben Franklin Honor Society.

In his retirement, Mr. Ringman served as a VP of the Print and Graphics Scholarship Foundation, where he was a tireless and effective advocate and fundraiser for that organization, which is dedicated to providing scholarship assistance to young professionals in printing and publishing. He and his wife Judy also established the Ringman Family Scholarship to aid students pursuing careers in the graphic arts industry.

"I have known Ted for 30 years. He was an RIT alumni who was very supportive of the school," recalls George Ryan, a former graduate and professor at RIT, as well as the former president of the Graphic Arts Technical Foundation and the Printing Association of Florida. "During his tenure at the Print and Graphics Scholarship Foundation, the endowment grew by 100%.

"Ted was the ultimate professional who was willing to give something back to the printing Industry. He was very active in the R&E Pressroom Conference and the Web Offset Association," Ryan adds. "Ted was always promoting technological advances for web presses."

In a special Web Offset Association 50th anniversary tribute published in 2002, Printing Impressions interviewed Mr. Ringman, among others, about the technical advancements in web offset press development. He extolled the benefits of digital presetting and closed-loop color control technology. "It's one of a few technologies that can be retrofit to older presses to increase the competitiveness of the machine and extend its economic life," he pointed out at the time. "Today, technology introductions can have an immediate productivity and bottom line impact. To remain competitive, printers now often must become early adopters."

Mr. Ringman also noted how the development of shaftless drives provided for greater press configuration flexibility and improved dynamic stability. "This technology also allows for future press expansions and reconfiguration," he said at the time. "In addition, waste reduction is improved by eliminating the torsion 'wrap up' of a conventional line shaft. Copies are saved as the press changes speed in acceleration and deceleration."

He also made several predictions about web offset press technology advancements in the 2002 article, many of which became reality:

Raymond Price, who currently serves as an industry consultant, only got to know Ted Ringman when he became associated with the Print and Graphics Scholarship Foundation. "Ted had a soft way of approaching people and organizations for donations for the scholarship funds. His knowledge of the industry was vast and he seemed to know everyone on the supply side of the business.Ted and I often shared a laugh on the fact that we both started in the industry with a Kelsey hand-powered letterpress."

In 2015, Mr. Ringman and his wife relocated from Inverness, Ill., to North Carolina to enjoy their love of nature. According to his obituary, the peace of a beautiful trout stream was an ever-present joy for Ted, who was an avid fly-fisherman. He also enjoyed hiking, kayaking, and exploring our great land.

Friends and family will gather from noon to 3 p.m. on Sunday, Jan. 28, at the Hilton Asheville-Biltmore Park (43 Town Square Blvd., Asheville, NC 28803) for a reception to celebrate Mr. Ringman's life.

In lieu of flowers, the family encourages memorial donations to St. Jude Children’s Research Hospital, the North Carolina Arboretum or to a charity of one’s own choice.