Flashback Friday: Otto's Night Watch Revisited, 'If I had a Million' 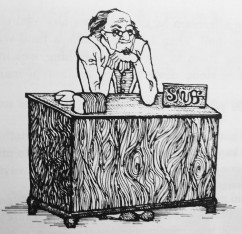 Here’s the next installment in our continuing series of republished “Otto’s Night Watch” columns by Otto Boutin, which appeared monthly several years ago in Printing Impressions. Written in Otto Boutin's typical humorous style, it does illustrate how doing work that you love and how the little things in life — like genuine liederkrantz cheese made in Milwaukee — are what ultimately bring the most happiness, despite one's wealth.

"If I had a Million"

I was only a kid that time, dreaming of wealth the way kids do, while bending over a make-up table. I was filling out the pages of a Bohemian daily newspaper with leads and slugs after the make-up man had put the type and cuts into place.

The job was alright, for twelve dollars a week, but surely there was more to life than just putting out a newspaper every day. If I had a million ...

I looked across the table into the sad eyes of an old man who had stopped to watch me work. Shrunken with age, he was just tall enough to plant his elbows on the make-up table and rest his chin on interlocked knuckles. Under his lower lip was a tiny gray goatee.

It was August Geringer, the publisher, 85 years old. According to the rumors, he was worth a million.

“In the old days,” he was saying, “it took longer to space a form. Hand type was hard to handle.”

I merely nodded. How does a kid talk to a millionaire? To a man who was born 20 years before the Civil War? I was proud he had even noticed me.

Every morning at ten o’clock, wearing his traditional carpet slippers, this old gentleman would shuffle into the composing room to make sure his newspaper got out on time.

When the 12 pages were finally locked in the Duplex and the press began to roll, Mr. Geringer reached into his lower left vest pocket for a thin wooden snuff box. He put a pinch of the powdered tobacco on the back of his veined hand and took an epicurean sniff with each nostril.

The snuff, he insisted, kept him free of all disease. He never went to see doctors. If they sometimes came to see him, at his family’s insistence, he would listen to their advice and then continue to do as he pleased.

When one doctor prescribed eye glasses, Mr. Geringer complied by wearing the glasses at all times — in the vest pocket above the snuff. Another doctor recommended dentures, which promptly were assigned to the right side of the vest, the uppers in the upper pocket, the lowers in the lower.

Mr. Geringer had raised and educated a fine family of four and could have had a comfortable life with any of his children, enjoying the luxuries of suburban living, but he preferred to remain in the small apartment over the newspaper plant, close to his work.

He was at his desk before six every morning, reading the hand-written copy from his correspondents, many of whom had been loyal to him for half a century. Through the years, from 1875 when his Daily Svornost was founded, these letters had been a living history of immigration in America. They had come from the mud huts of Nebraska prairies, from the homesteaders of Kansas and the Dakotas, and from the less fortunate people who were hopelessly trapped in the sweat shops of an alien culture.

Mr. Geringer also took care of the payroll of the entire publishing firm, putting the proper amount of cash into the envelope of his 40 employees. At that time there were no deductions of any kind. There was a sacredness in a man’s salary that put it beyond the reach of politicians.

Just before noon the old gentleman would slowly walk up the stairs to his apartment for dinner and a nap. Sometimes he would bring a book for his housekeeper to let her decide whether or not it should be published in serial form in one of his publications. He knew that if she kept reading it while the potatoes were burning, the other housewives would also like it.

Late in the afternoon he came downstairs again to look over the afternoon mail. Then he would take a final walk through the composing room to see that everything was in order. He never failed to stoop down to pick a Linotype matrix off the floor.

“This little piece of brass,” he explained, “is worth seven cents.”

He could not tolerate waste of any kind, especially the waste of time. He kept prodding us boys to keep going to night school. He had been a teacher in the old country and always regarded himself more of a teacher than a business man.

But he did not live entirely without luxuries. Although he did not care for fancy cars or yachts, he did enjoy sitting back in his rocking chair, unhurriedly enjoying the delicacy of rye bread with . 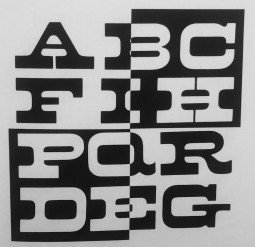 Inasmuch as I was also the errand boy, it became my duty to buy the cheese for him. It was not just any old liederkrantz cheese. It was a special cheese made in Milwaukee and sold only in one small delicatessen in Chicago’s loop.

The first time I was sent to buy it, one of the older boys took me aside and said, “Listen, dummy. That stinkin’ cheese is the same no matter where it’s made. We always buy the stuff right here, in the delicatessen down the block. No use draggin’ it 10 miles on a hot street car. He’ll never know the difference.”

I shook my head. “The boss told me to buy it downtown. On LaSalle Street.”

While I was running all the other errands downtown, I tried to convince myself that I should do as the other boys did. But my “old country” discipline took me to the LaSalle Street shop.

Cellophane wrapping had not yet been invented and the two-pound lump of aromatic cheese forcefully spread its questionable charm through the ordinary wrapping paper. In the hot crowded trolley I stood alone, ostracized by humanity, wondering why the trolley couldn’t go faster.

When I delivered the package to Mr. Geringer, he thanked me quite simply. I realized I had been a fool for going through the trolley ordeal. I could have bought the smelly stuff in the delicatessen down the block.

But the next day, as he rested his elbows on the make-up table, there was a twinkle in his eyes as he looked at me.

“That was good cheese you brought yesterday,” he said. “It’s the real liederkrantz. Made in Milwaukee.”