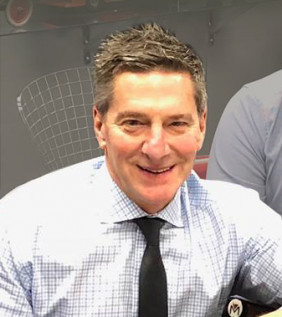 John Place, founder and CEO of Rochester, N.Y.-based Mercury Print Productions, takes pride in the fact that his company is a technology-driven operation, especially when it comes to testing cutting-edge digital presses from various manufacturers. Place can make that claim now with even more conviction. Mercury will be taking delivery of the first Landa S10 series nanographic digital printing press in the U.S. on Nov. 10, with plans to have it up and running in about one month.

With an investment exceeding $3 million, Place told Printing Impressions he opted for the 41˝ four-over-four Landa S10P sheetfed perfecting model equipped with in-line UV and aqueous coating — the second such B1-format Landa press installed worldwide. He says it will primarily be used to print ancillary work for the educational market, including covers, tabs, large/teacher books and card sets for flash cards, as well as for various commercial printing work.

Place especially looks forward to the S10P reducing extra production steps and creating personnel savings in the binding and finishing side of his business — since Mercury will be able to produce collated variable sheets, with full book blocks coming off of the S10P press delivery. Once operational, he anticipates running the new press two shifts, with the goal of eventually going to three shifts.

Capable of running up to 6,500 28x40˝ sheets/hr., he anticipates using it for press runs of up to 5,000. Place added that Landa Corp. is working on an upgrade, which should be available in about one year, that will enable speeds of up to 13,000 sheets/hr.

Will Landa Press Be a Game-Changer?

"If it [the Landa S10P] can do everything that they say it will, it's going to be an industry game-changer," Place said, especially for the type of applications that Mercury does. In addition, he believes that the better efficiencies and economics of having collated book blocks coming off the press will also result in some work that had gone overseas eventually coming back into the U.S.

The first Landa S10P has left Landa's Systems Plant 2 and is on the way to Mercury in Rochester New York.
We are honored to be partnering with John, Christian and the entire Mercury team as we start on this journey together driving the future of our industry.@MercuryPrint pic.twitter.com/rkoAZhphf1

Place has also run ball park pricing sheets based on ink coverage for various jobs to calculate what's best suited for the Landa S10P in comparison to Mercury's other output devices, and is impressed with the S10P's expected cost of ownership. For example, he anticipates that the covers and tabs now being produced on Mercury's toner-based iGen digital presses will be moved over to the S10P once it's operational.

Mercury currently runs three Kodak Prosper 5000 inkjet presses, a Kodak Prosper 1000, as well as two six-color Heidelberg Speedmasters with coaters. Most recently, the company also installed a Xerox Trivor 2400 High Fusion continuous-feed inkjet press with Color Hike technology for its highly automated, print-on-demand (POD) operation. That new press is being used by Mercury to produce orders for large publishers on-demand and ship them directly to their customers, eliminating any warehousing requirements. In addition, Mercury is in the process of installing a new MIS system.

"We're excited that we were picked," added Place, about why Mercury Print Productions will serve as Landa's first U.S. installation. Part of it is due to the strong relationship his company established when testing the Indigo 7200 digital press for Indigo founder Benny Landa (now chairman of Landa Corp.) and Yishai Amir (now CEO of Landa Corp.), prior to when Indigo was acquired by HP. "They liked how we performed back then. They knew — for the 7200 technology — how we partnered to help make that press the best we could."

Landa Corp., and John Place, have similar hopes and even much greater expectations for the new Landa S10P model.