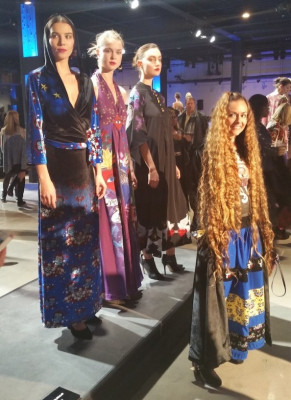 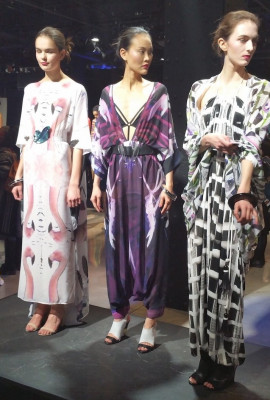 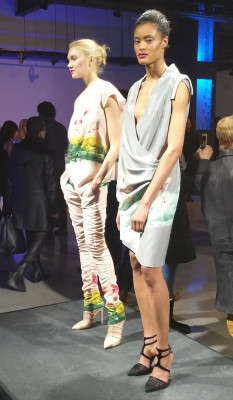 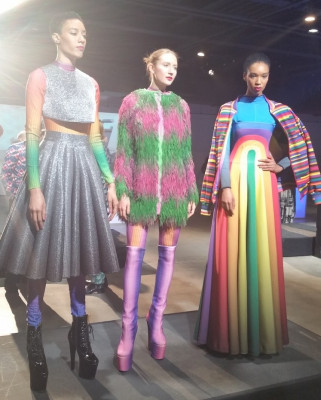 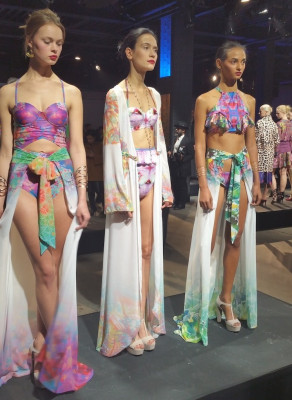 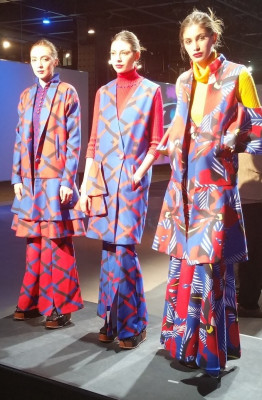 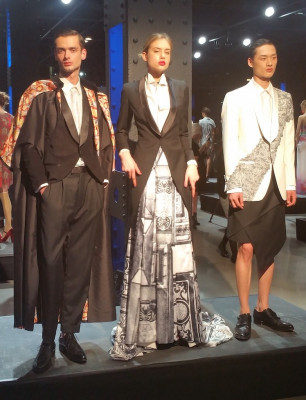 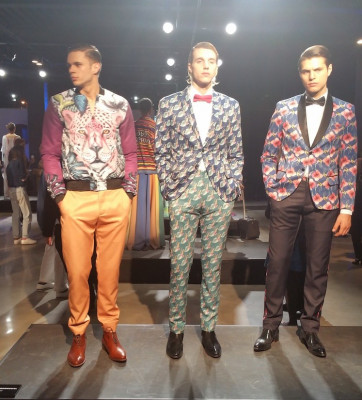 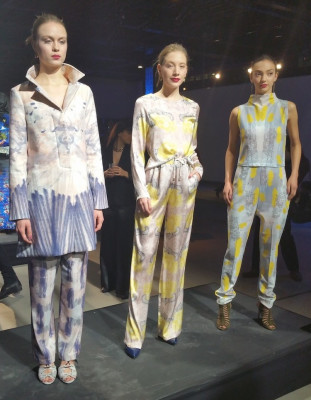 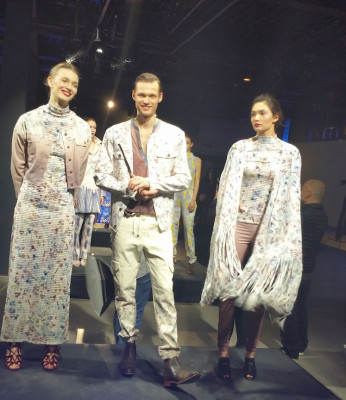 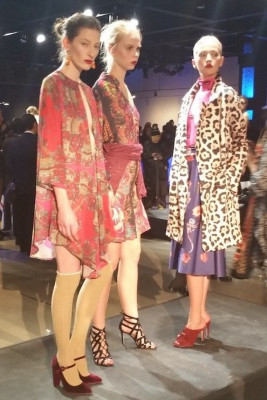 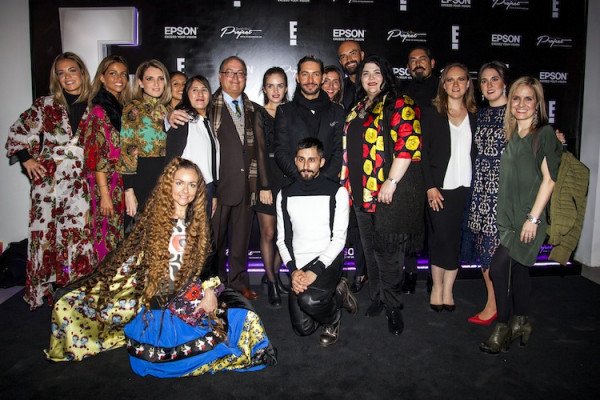 The designers at the Epson Digital Couture event. 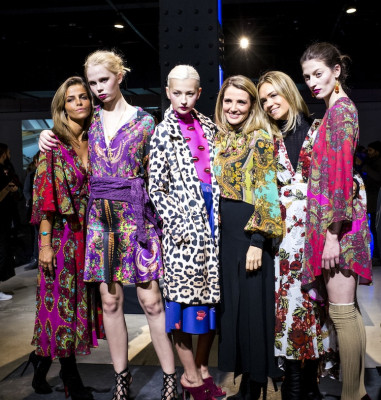 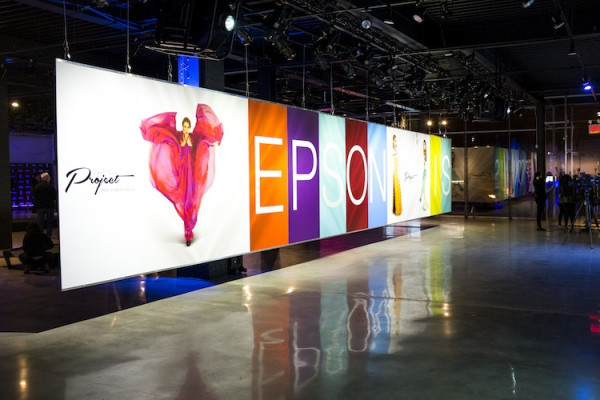 "Digital technology has changed every industry its touched, and now it's revolutionizing the fashion industry," said Keith Kratzberg, Epson America.

NEW YORK — February 12, 2016 — In advance of Fashion Week in New York City, dealers, customers, fashion enthusiasts and media all gathered earlier this week at Epson's second annual Digital Couture event to check out the collections from 11 designers from North and Latin America that was built around the theme, "Harmony and Peace through Fashion." The goal of the collaboration with Epson and the select group of designers was to showcase the impact of Epson's dye sublimation textile printing technology on design inspiration and workflows, allowing the designers to bring their creative visions to fabric.

According to Epson, the designers were selected based on their adoption and integration of dye sublimation printing technology into design workflows. The final proposals were then reviewed by a jury comprised of Epson team members and fashion professionals.

Many of the designers that participated in Epson's Digital Couture event were enthusiastic about the endless possibilities, design freedom, efficiencies and capabilities that they are now able to achieve using Epson's digital textile printers—which include both the Epson SureColor F-Series dye sublimation printers and the Epson SureColor F2000 Series direct-to-garment inkjet printers.

"Having Epson sponsor me to construct my own prints for this project has been a great experience," said Danny Santiago, a Miami-based designer who has been at the forefront of the fashion industry for over 20 years, and has dressed such celebrities such as Madonna, Prince, Mary J Blige and Janet Jackson. "My prints are inspired by Miami — and are photos that I took and digitally manipulated. It's been a real treat seeing my creation come to life through technology."

Santiago added that he likes the quick turnaround, the different size options available and the ability to see what the design will look like. "[The technology] has really opened up a lot of ideas for me as far as what I can do with the imagery."

"A great discovery of both machines," is how Chloe Trujillo, an artist, musician and designer from Los Angeles, described her experience using Epson's digital textile printers. "With this technology everything is possible." She continued, "It allows me to create my line with freedom, trusting that the art I use on my pieces will be as vibrant and as detailed as it should. Creativity without barriers; that's what I call it!"

Voted one of the "best looks from SP16 NYFW" by E! Online, designer Cristina Ruales from Brooklyn, New York, said she is using the SureColor F-Series printer in a collaboration project with artist Patrick Jacobs. What Ruales likes about this printer is that she no longer needs to modify her designs like she previously needed to do using a screen printer. "The main difference is the freedom to have many colors and tiny complex details in a print without the limitation of screens. It actually allows me to use my art true to my vision versus having to adjust it in order to arrive to the 12 screens — which takes a lot of time because you are redesigning it to fit within that formula." 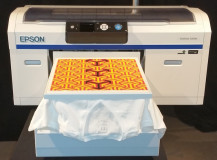 Fernando Urteaga, group manager, Professional Imaging at Epson America, noted that 3% of the market is digital in terms of fabric worldwide and that Epson’s mission is to accelerate digital. With the ability to still grow in dye sublimation, Urteaga expects that in the next three years, Epson will position itself as a leading manufacturer in this area.

“What is key with this technology is that designers don’t need to change the way they design,” he said.

Through its acquisition in 2015 of For.Tex, a leader in the sales and marketing of textile inks, and leveraging its ongoing partnership with Robustelli, a company specializing in the development, manufacturing and sales of digital textile printers, Epson is able to carve a niche for itself in the digital textile space. According to Epson, its these relationships that will position the company to further accelerate the growth of the global textile digital printing business.

"Digital technology has changed every industry its touched, and now it's revolutionizing the fashion industry," said Keith Kratzberg, executive vice president, Epson America. "Today, this is a $7.5 billion market projected to grow more than 34 percent worldwide, and a tremendous opportunity for Epson and its partners."