When Emmanuel Branger established his print business, 28.03 Le Studio, in 2008, the big players were already investing in automation, and print prices were hitting rock bottom. So, how did this small player thrive?

Branger had been to drupa in 2008. There, he’d seen Enfocus (Booth C5937) Switch in action, and it sent his mind racing. This automation tool could do almost anything. What if it was a way for the small business to level the playing field and gain an edge by using automation? 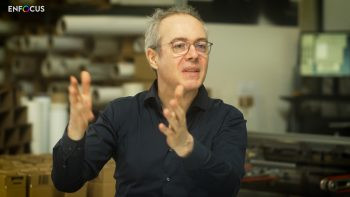 Branger had been thinking about the “flow” in workflow. For smaller print shops, throughput was a major limiting factor. The problem was upstream. There were too many touchpoints that caused bottlenecks. Job reception. Customer interactions. Job preparation and preflight.

With Enfocus Switch, he’d found what he was looking for. He decided to leave offset behind and go it alone.

Branger needed an automation tool that would handle as many manual, repetitive tasks as possible. The solution also needed to be affordable.

Enfocus Switch immediately satisfied these needs. And Branger could automate progressively without paying for integrators. 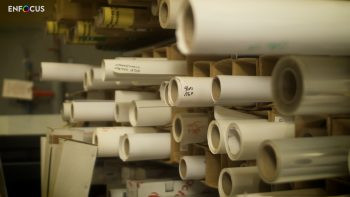 “I create my flow on a piece of paper,” says Branger. “First the blueprint, then you build the flow. Switch has no limits and I love it. It integrates with systems already in place, and runs third-party applications to accelerate flow, avoid errors, and automate repetitive tasks.”

In 2008, when Branger set up 28.03 Le Studio in the Parisian outskirts, his first employee ran on electricity, not coffee.

“A few months after drupa, I made the decision to restart in business on my own. My first employee was Switch,” he says.

Today, Branger has a second — human — employee. Enfocus Switch is indispensable to them both. 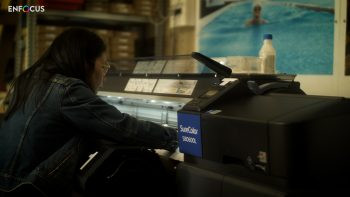 “There are only two of us, and we have enormous production peaks, which we manage to absorb using Switch,” says Branger.

When asked about the benefits Enfocus Switch brings to 28.03 Le Studio, Branger has to pick from a long list.