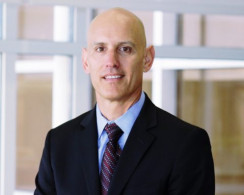 “After spending last week at our Connect User Conference meeting passionate customers who shared how critical our products are in enabling their businesses, my enthusiasm regarding EFI’s opportunity has only increased,” said Bill Muir, CEO of EFI. “At the same time, these conversations reinforce the need to improve execution, evolve our go-to-market strategy and accelerate innovation to help drive our customers’ success. To that end, we have recently launched initiatives that will create value for both our customers and EFI.

"These steps include a thorough supply chain review to identify cost savings, value stream mapping exercises to analyze our R&D process and identify waste, and a comprehensive assessment of our go-to-market approach. These are just the first in a series of initiatives we will implement over the coming months. While the benefits won’t be reflected in our results until late in the year, I am confident we have the right strategy in place to match EFI’s technological expertise with the superior execution that will delight our customers,” concluded Muir.

END_OF_DOCUMENT_TOKEN_TO_BE_REPLACED
Happening Today
The Powerful Case for US Book Manufacturing