When it comes to drupa, pundits typically want to paint with a broad brush to create a tagline that best describes the prevalent theme defining our industry’s most important, trend-setting event. The most recent drupas were lauded for their focus on JDF workflows, process automation and high-speed inkjet digital printing.

The maturation of inkjet 2.0 was certainly a prevalent theme at drupa 2016, but the emphasis shifted beyond more “traditional” inkjet applications such as books, direct mail, transactional and commercial printing. Instead, production inkjet and toner equipment manufacturers unveiled numerous offerings within the digital package printing space — especially for folding cartons, corrugated and labels — earning drupa 2016 “The Digital Packaging drupa” moniker. 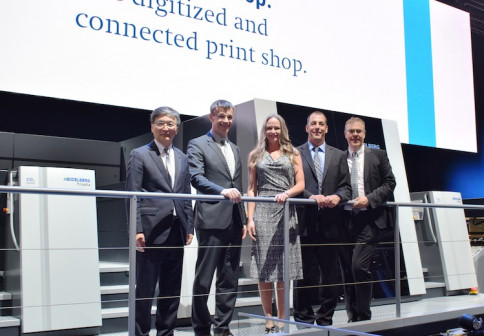 This was best illustrated by the introduction of several B1- format (40˝+) cut-sheet production inkjet presses well-suited for folding cartons, including the Heidelberg Primefire 106 developed in conjunction with Fujifilm; the Landa S10 (that will also be available in an S10P perfecting model for commercial printing); the KBA VariJET 106 Powered by Xerox; the Xanté Excelagraphix 4200, which uses Memjet page-wide inkjet printheads; and the Komori Impremia NS40, which incorporates Landa nanotechnology.

Direct-to-board corrugated printing was emphasized, especially with the launch of the 1.8m-wide EFI Nozomi C18000 LED inkjet press that can ouput up to 9,000 boards/hr. and a preview of the Konica Minolta KM-C inkjet press that outputs up to 2,200 cardboard and micro-flute boards/hr. HP also debuted its PageWide C500 thermal inkjet press for corrugated, which comes on the heels of its joint venture with KBA announced last December to offer the HP PageWide Web Press T1100S for preprinted liners.

In another partnership, Screen and BHS Corrugated announced an agreement during drupa for Screen’s Inca Digital subsidiary to develop a reel-to-printed sheet aqueous inkjet printing option for use in-line with BHS corrugators as an integral part of the corrugated box manufacturing process. 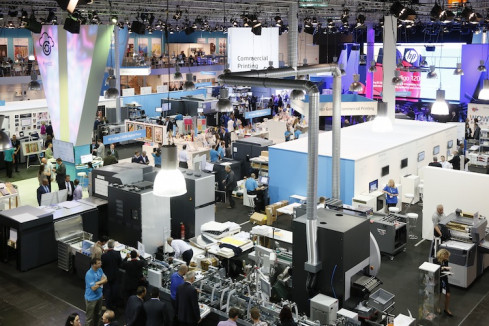 Embellishing the Power of Print
Digital embellishments, in several cases for packaging applications, could also be found at several drupa stands. Leading the pack were MGI and Konica Minolta (Konica Minolta raised its ownership stake in MGI to 40.5% in April) with the showing of MGI Meteor Unlimited Colors, JETvarnish and AlphaJet devices; Scodix with its Ultra Pro and the new E106 for folding cartons; and Landa’s nanographic metallization technology that is said to reduce costs and create zero waste. HP Indigo also demonstrated its Digital Combination Press that provides HP Indigo printing output and digital embellishments on labels — all in a single pass.

Some other general observations about drupa 2016: