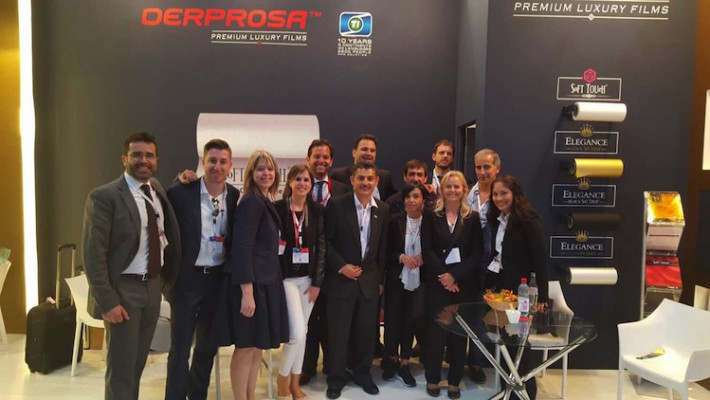 Scenes from Derprosa-Ti's booth at drupa 2016. 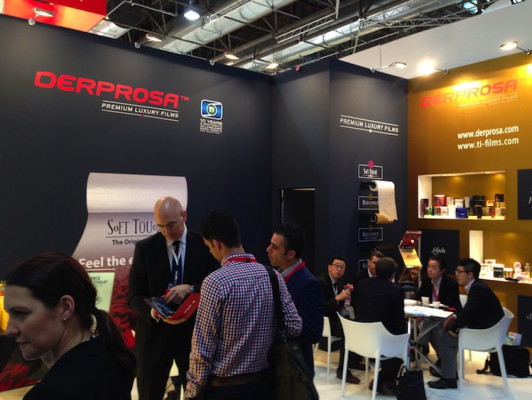 Scenes from Deprosa-Ti's booth at drupa 2016. 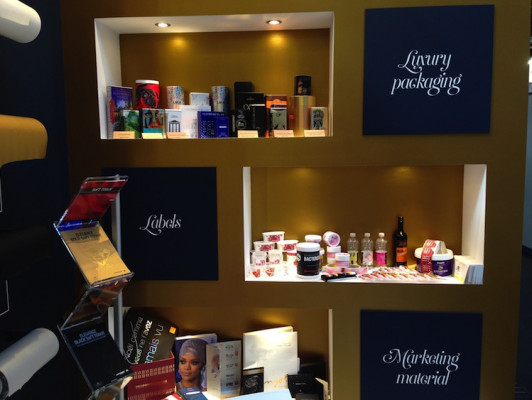 Scenes from Derprosa-Ti's booth at drupa 2016.

JAÉN, Spain — June 23, 2016 — Derprosa-Ti, the European Graphic Arts market leader in BoPP films, has announced drupa as the most successful event the brand has ever attended. The range of films presented, introducing unique Black SoFT TOUcH, Gold SoFT TOUcH and LUMINESCENCE proved to be one of the most popular exhibits during the show, attracting an unprecedented number of visitors during the 11-day event.

A new range of Taghleef Industries specialty labels (over-Laminating, Self Adhesive, In-Mould and Wrap Around) with the most impressive specialty films were presented: Anti-Scratch, Antibacterial, Nativia (PLA) and SoFT TOUcH. Apart from this range, visitors were able to see first-hand the different luxury applications, premium bags, and unique labels used for the most important worldwide brands.

In addition, during the conference program held during the fair, DERPROSA-Ti was presented at the round table “The Role of Packaging in the Customer Journey,” June 7 with the participation of Ignacio López-Baillo (Derprosa-Ti Sales and Marketing Director).

Derprosa-Ti Marketing and Business Development Manager Joaquín López adds, “The products presented were a great hit for those customer and prospects we spoke to. The fact we increased our market penetration is a great testament to the efforts of our staff, and we’d like to thank everyone for all their efforts. We look forward to hearing from you in the next drupa edition to be held again in Düsseldorf from Tuesday, June 23 to Friday, July 3, 2020."

About Taghleef Industries (Ti)
Headquartered in Dubai, Taghleef Industries (Ti) is the leading, customer focused, supplier of films solutions to a global market place.  With a manufacturing footprint in nine countries on five continents, Ti produces 410,000MT of specialized and multi-purpose films for the food packaging, labels, industrial and graphic arts applications. Film types include OPP, CPP, and PLA films. Ti strives for product performance through R&D and innovations to create constant added value for its customers and stakeholders by delivering the highest levels of performance, quality and service with a diverse range of products. Ti is the brand owner of Titanium, NATIVIA, EXTENDO, DERPROSA, SynDECOR and VISION trademarks.

Taghleef Industries SLU manages the Graphic Arts brand DERPROSA of Ti. Ti SLU has a subsidiary in U.S.: ”DERPROSA Specialty Films” and 14 warehouses around the world.