A.H. Belo Corp., the parent company of The Dallas Morning News, announced it is curtailing its commercial printing activities at the company's 350-employee printing facility located on Plano Parkway in Plano, Texas, resulting in the permanent elimination of 92 positions, of which 57 are currently filled.

Effective immediately, The Dallas Morning News will be eliminating its brokered printing business in which it provides commercial printing services directly to small business clients. In addition, the newspaper publisher indicated it is reducing the number of local and national commercial printing customers it serves from more than 30 down to five.

The Plano facility will continue to print regional editions of The New York Times, USA Today, The Wall Street Journal, Fort Worth Star-Telegram and Denton-Record Chronicle, but will cease offering printing services to about 25 area small businesses and weekly newspapers. 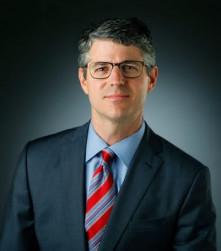 "Last year, we conducted an in-depth analysis of our commercial printing business and found that as commercial print volumes continue to decline, so has our profitability," said Grant Moise, president and publisher of The Dallas Morning News.

"We have provided our existing clients with notice of this change and most have already transitioned to new printing partners. This strategic decision to streamline operations will allow The News to focus on its core business and increase operating income by over $2 million in 2019," he added.

According to a followup article written by Maria Halkias, retail writer for The News, Moise informed printing clients whose contracts were not being renewed in advance of its plans and encouraged them to find new printers. “We knew they could find new partners, as we explained it was no longer part of our core business going forward," Moise was quoted as saying.

The 37-acre production complex in Plano was constructed in the mid-1980s, Halkias added, "when newspaper circulation and advertising revenue were still growing rapidly." She indicated that, in 1993, the plant underwent a $41 million expansion to comprise 710,000 square feet.

According to Halkias, revenues from printing were $18.71 million during the first nine months of last year for Dallas-based A.H. Belo, which represented a 12+% decrease from the $21.35 million the company reported for the prior nine-month period. She added that sales from printing sales during that time had accounted for nearly 13% of A.H. Belo’s total revenues.