Printers who invest in fully automated sheetfed offset presses may be surprised by the before-and-after contrast between the way they used to print, and the way automation enables them to print now.

“In the old model, we thought we were fast,” Charlie Cox, co-owner and COO of Wallace Carlson Printing in Minnetonka, Minn., said. “We weren’t. When we put the new press in, it was glaringly apparent within the first year.” 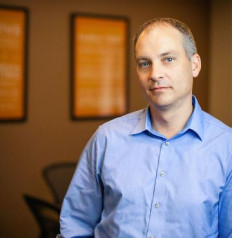 The talk focused on how automation improves both the performance of the press and the profitability of work produced on it. The panelists were asked to identify the most critical functions of automation and to cite the benefits that these improvements have brought to their operations. 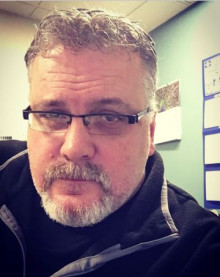 At Cedar Graphics, Burnett said, “we focus heavily on the transition time from job-to-job, and the functions of plate hanging, bringing the job information to the press, ink settings, fountain settings, and sheet size changes are ultimately the most critical for us. Automating that, and doing it simultaneously, are tremendous values to us.”

Cox concurred that the objective of automation was to “get ahead of the game of pre-setups, sheet size changes, plate changes, washups, press run monitoring, reduced setup times, and increased speeds.”

“We look at job transition, from last good sheet to first good sheet,” Heslin noted. “Plate hanging, striking register, bringing color in — that’s where we make the biggest impact by running automated. Typically, 80% to 85% of our makereadies will be under two minutes, in 50 sheets of paper.”

Sundquist described instant-curing LED-UV technology as an adjunct to automation because of the way it helps to speed turnaround times and deliver higher quality. “Makereadies are key — how fast you can transition from job-to-job and sheet-size-to-sheet-size,” he said. “But it’s also the ink technology itself, because it carries down into further processes.”

Sundquist said Range Printing “took a big gamble” by investing in one fully automated, LED-UV equipped press to replace two older, partially automated presses. But the reward, he continued, is “the financial picture of being able to consolidate the work onto one machine. Being able to put more jobs on in a day, making customers happier, and improving the bottom line.”

Seaway Printing’s experience has been similar, according to Heslin. “We are running more work across one platform — one press does the bulk of the work, and does it very efficiently. It’s easier to get a more consistent result, shift to shift, day to day, with the automation that we have.”

Cox admitted that investing in one “monster HUV eight-color perfector” to replace three conventional presses had been “a huge risk at the outset.” But within 12 to 14 months of installing it, he said, “our throughput increased over 20%, our waste reduction was down substantially, and we were just much more efficient.”

Burnett said that the fully automated press at Cedar Graphics was so productive that “we were actually able to take a shift off that press and reposition those people into our digital area, which is a big area of growth for us.”

Burnett also stressed the connection between press efficiency and profitability. “The chargeable time is really key to the value-add of a job, and we focus on reducing that non-chargeable time from the last good sheet to first sellable sheet of the next job. We try to set the standard of under three minutes from the last good sheet to the first makeready sheet of the next job.” 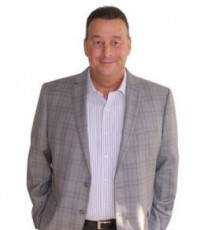 However, automating presswork does not automatically guarantee a seamless overall workflow. Heslin and Cox noted the bottlenecks that can occur as the finishing department tries to keep up with the output of a high-efficiency automated press. Burnett mentioned having to set aside space in the shipping department for loads that can’t be parked in the bindery department during particularly busy times.

Adding a different perspective, Sundquist pointed out that pressroom automation is his operation’s “best recruitment tool” because of its technological appeal to potential employees. Heslin agreed that this accords well with the realities of today’s job market.

With automation, he explained, “it’s easier to train. We see millennials, and their idea of a long time at a job is two to three years, so you sure can’t spend four or five training them.”