The Heidelberg Speedmaster XL 106 is fast. Not only was it built to run at speeds of up to 18,000 sph, but Colbert’s new press also includes some special features that increase production efficiency. The full logistic feeder package is one such feature; with it, the press quickly and easily performs load changeovers and enables continuous feeding. Automatic plate hangers also provide for rapid plate hanging; all six printing plates are simultaneously hung in only 90 seconds.

“We wanted to achieve high efficiency, though certainly not at the expense of high quality,” said Bill Snyder, vice president of operations for Colbert Packaging. The Heidelberg has built-in quality assurance features, including an in-press color control scanner, which automatically scans every 16 sheets and feeds color values to press operators as the job is running. “This new press meets our high standards, and our people are very excited about its capabilities and speed,” he added.

Colbert started training its people on the new press in early February, when four employees spent a week at Heidelberg USA in Kennesaw, GA. The training—which was conducted by a Heidelberg Master Demonstrator—included hands-on experience with machine startup and shutdown, job setup and high-speed production, seamlessly switching between ultraviolet and conventional inks, proper cleaning and maintenance, etc. In recent weeks, the newly installed Heidelberg press has undergone significant testing, and additional training has been conducted onsite in Colbert’s Elkhart, IN, facility. 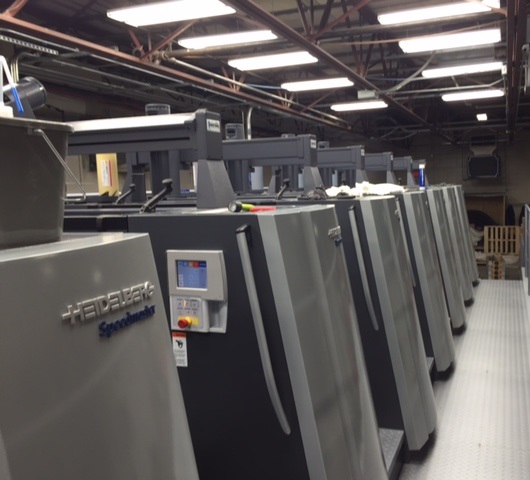 “This new press will have a major impact on our entire operation,” said Jim Hamilton, president of Colbert Packaging. “In addition to quality and efficiency improvements resulting from the upgraded technology, the press will also provide additional capacity and expanded capabilities.”

About Colbert Packaging
Since its founding in 1959, Colbert Packaging has built a solid reputation as a manufacturer of the highest quality folding cartons, rigid setup boxes, labels and inserts, and paperboard specialty products. The company’s custom folding carton, flexographic packaging, pressure-sensitive roll label and product information insert operations are based in Lake Forest, IL. A separate folding carton, rigid setup box and paper tray forming facility is located in Elkhart, IN, which is also home to Colbert’s stock box program.