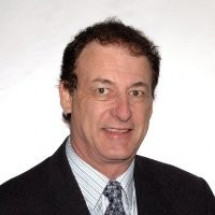 “Our members are pleased to see so many bipartisan members of the Senate join together in opposition to privatizing the U.S. Postal Service. Wholesale privatization would essentially make rural Americans second-class citizens. Let’s not forget that 44 million of 157 million USPS delivery addresses are located throughout sparsely settled rural America. No private sector shipper would be able to serve our entire country and earn a profit without massively raising rates.

“As important as this resolution is, the Senate needs to go a step further. The Postal Service is facing very serious financial challenges which are largely caused by cripplingly expensive obligations imposed by law, on a scale that no other public or private entity remotely pays. Bipartisan Postal Reform Acts, pending in both the U.S. House and Senate, offer a solution. By lifting tens of billions of dollars from the USPS balance sheet, the Postal Reform Acts would help stabilize the Postal Service for several years – giving everyone, especially Congress, breathing room to come up with longer-term reforms.”