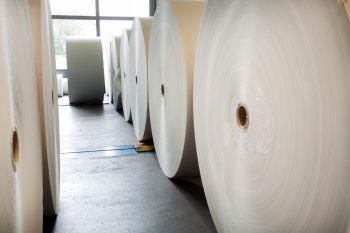 It appears that the paper wars between some domestic paper mills and foreign manufacturers of uncoated paper may be coming to a head again.

The U.S. Department of Commerce (DOC) announced the initiation of new inquiries into imports of uncoated paper from Australia, Brazil, China, and Indonesia, to determine if imports of uncoated paper in roll form — which are then being converted into sheets after entering the U.S. — result in circumvention of existing antidumping duty (AD) and countervailing duty (CVD) orders, that were initiated in 2016.

The inquiry by the DOC's Enforcement and Compliance unit within the International Trade Administration is being commenced in response to requests from U.S. producers of uncoated paper, including Domtar Corp., Packaging Corp. of America, North Pacific Paper Co., Finch Paper LLC, as well as the United Steel Workers Union (USW). The department reportedly may issue a preliminary determination as soon as spring of 2020.

If the DOC preliminarily determines that circumvention is occurring, it will instruct Customs and Border Protection to begin collecting cash deposits on rolls of uncoated paper from Australia, Brazil, China, and Indonesia, which are subject to the inquiry. These duties will be imposed on future imports, as well as on any unliquidated entries since the date on which the DOC initiated these circumvention inquiries.

In 2018, according to the DOC, imports of uncoated paper in sheet, roll, and folio form from Australia, Brazil, China, and Indonesia were valued at an estimated $3.9 million, $61.2 million, $1.9 million, and $14.9 million, respectively.

The original "dumping" case covered uncoated paper in sheets, largely used for copy paper, envelopes, books, inserts, brochures, transactional documents and other uses. Foreign producers have shifted to flooding the U.S. market with essentially the same product, the complaint alleges, but doing so in rolls that are then converted into sheets once in the U.S.

“We were forced to fight to get trade relief against dumping and subsidies of uncoated paper in sheet form only to now see our competitors circumventing the law by sending it into our market in rolls, then having it cut here,” USW International VP Leeann Foster, who oversees bargaining in the union’s paper sector, said in a statement.

The American Forest & Paper Association (AF&PA) also issued a formal comment in favor of the anti-circumvention investigation. “As a supporter of free and fair trade policies, AF&PA applauds the decision by the U.S. Commerce Department," the AF&PA noted. "U.S. trade laws must be enforced to ensure that U.S. companies and workers are not harmed by unfair trade practices. Today’s decision to initiate an investigation marks an important phase of work, where information will be gathered and analyzed.

“Petitions requesting the investigation filed with the department on August 2 represent an effort to ensure that foreign producers do not circumvent the payment of anti-dumping and anti-subsidy duties on uncoated free sheet paper in sheet form where orders have been in place since early 2016," the AF&PA added. "The investigation will review whether imports of sheeter rolls are circumventing the duties."

U.S. law provides that the DOC may conduct a circumvention inquiry of AD/CVD orders when evidence suggests that merchandise subject to an existing order is completed or assembled in the United States from parts and components imported from a country subject to an AD/CVD order, and the process of assembly or completion in the U.S. is minor or insignificant.