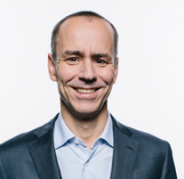 In a quarterly letter to investors, Robert Keane, founder, president and CEO of Cimpress, highlighted the following results and activities for Q2 FY 2018:

Across Cimpress, we see evidence that the decentralization of the past year is helping us to "stay small as we get big." That organizational change has significantly increased the accountability for key success drivers, including but not limited to customer value improvements, the attraction and motivation of talented team members, the operation of our businesses in a socially responsible manner, and the delivery of attractive returns on investment.

In summary, Q2 was a strong quarter and we are on track to deliver on our plans for the remainder of this fiscal year. We believe the capital we are allocating across our company, combined with the organizational and strategic changes we have implemented recently, are solidifying our leadership position in mass customization and continuing to increase our intrinsic value per share.